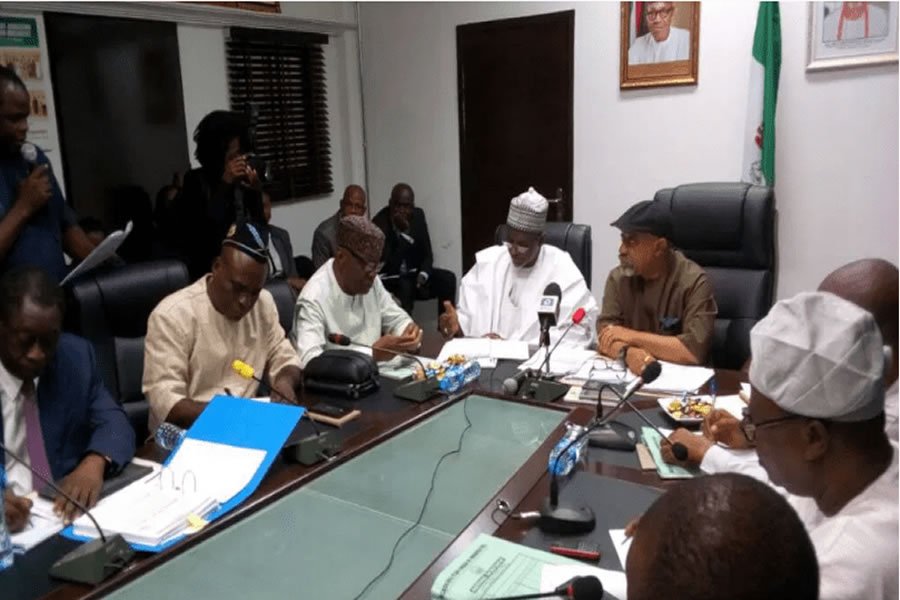 The Minister of Labour and Employment, Dr Chris Ngige, has described the ongoing warning strike by members of the Academic Staff Union of Universities (ASUU) as illegal.

The Minister spoke to State House Correspondents on Wednesday after the day’s Federal Executive Council (FEC) meeting at the Presidential Villa.

Responding to questions from the press corps, after speaking on his ministry’s briefing of its activities to the FEC, Ngige said the university lecturers embarked on the strike without fulfilling universally mandatory labour statues.

According to him, he was shocked to hear on Monday that ASUU had directed its members to proceed on the strike without alerting government of its decision.

“I was shocked on Monday, I read and saw some people coming out of the university that lecturers have gone on strike. I have my children in Nigerian university and I saw them and it is not a very cheering news.

“They didn’t give us the mandatory notice before going on strike. So for a start, this strike is illegal. They said it is a warning striking but there is nothing like warning strike. A strike is withdrawal of services for which you are being paid. Then the question will arise, if you don’t go to work, do you want to be paid? Is it not corruption? So this is the dilemma.

“So to solve the dilemma I have invited them to the meeting for tomorrow (Thursday). I have invited the minister of education, their principal employer, the finance ministry and the accountant general of the federation.

“So we will meet and discuss the way forward because no employee is empowered to dictate his employer on how he or she should be paid. There is an ILO convention on it.

“The important thing is that you receive your compensation for services rendered or work done as at when due.

So, we hope to solve the problems. ASUU are Nigerians, they are patriotic but tomorrow we hope to engage them”, said.

Giving a background to the the Integrated Payroll and Personnel Information System (IPPIS) crisis, the Minister said “Government has consistently made it clear that based on peculiarities IPPIS can capture you. The only thing IPPIS does is that it doesn’t allow you to take double salary. It won’t also pay a BVN two times. That is it.

“So if you go on sabbatical, this is government’s position, what you should receive in that other place is an allowance. And allowance has a different portal, that is the portal that doctors are using.

“You know that medical consultants have an arrangement by which they are employed at the universities as Lecturer 1, 2 until they ascend to become professors, but hospitals are paying them allowances for clinical duties being done, teaching of medical students, surgical operations, consultations in clinics if you are a physician.

See also  5 Simple Tips For Managing Your Energy: A blog highlighting ways to manage your energy, instead of time.

“So these allowances are captured but IPPIS will not capture two salaries for one person and government also said that sabbatical is always after seven years so there is no frequency for one person on sabbatical.

“Now we are in same page because they say they want to help fight corruption and weed away ghost workers and and they said they have developed a University Transparency and Accountability Solution (UTAS).

“At the last visit to Mr. President, we said bring UTAS and we will merge it with IPPIS for you as a special peculiarity. Because, the staff that will manage the IPPIS in the university are staff of the university not people in Abuja. We asked ASUU to nominate to serve in IPPIS committee in every institution”, he explained.

Though the strike has now been suspended. This is surprising to hear