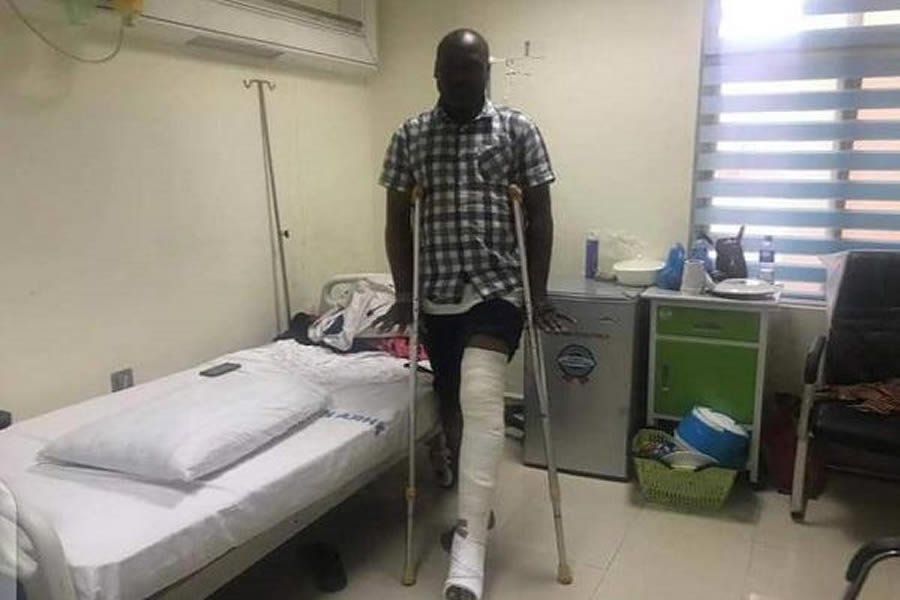 A staff of the Nigeria Television Authority (NTA) Abuja network station, Abdullah Aminu, has been shot by kidnappers along Abuja-Kaduna express way.

Aminu was among travellers who escaped kidnappers’ attacks on Wednesday along the dreaded highway.

The Nation gathered the broadcaster, who was once a staff of the Kaduna network centre of NTA, was traveling to Kaduna when the incident occurred.

He reportedly escaped with a lot of bullet injuries and is receiving treatment at 44 Nigerian Army Reference Hospital, Kaduna.

Chairman of the Kaduna State Council of the Nigeria Union of Journalists (NUJ), Comrade Adamu Yusuf, who disclosed this on Thursday evening, condemned the attack.

The Nation gathered dozens of bandits blocked both sides of the Abuja-Kaduna highway and unleashed violence on the travelers as some of them managed to escape with bullets wounds.