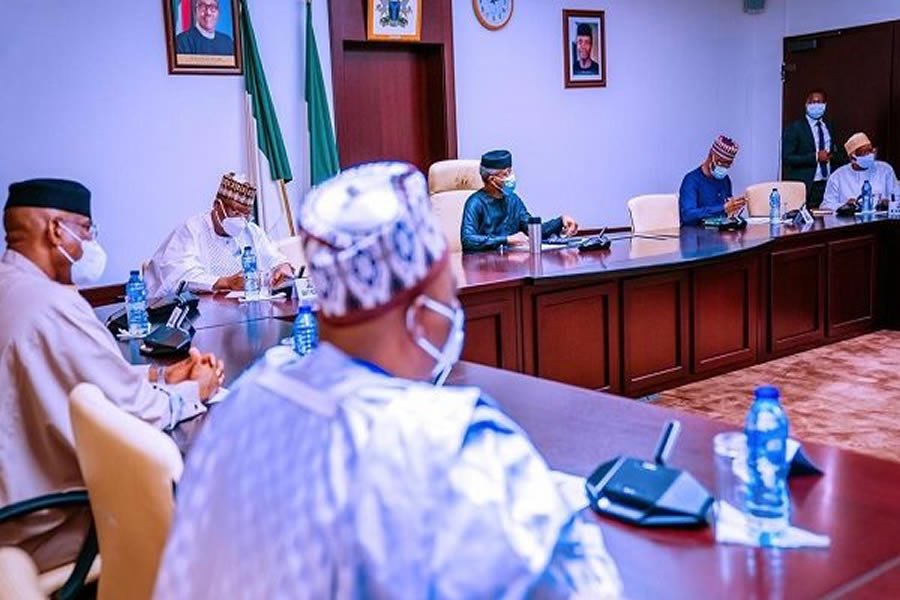 The formation of the Executive/ Legislative/Party Consultative Committee by President Muhammadu Buhari and the effective commencement of its assignment Thursday is the beginning of a more fruitful and cordial relationship among the different structures of the Executive, Legislative arms of government and the ruling party.

This was the observation of Vice President Yemi Osinbajo, SAN at the first meeting of the committee held at the Presidential Villa.

Osinbajo who is the chairman of the committee established last week by the President added that with the take-off of the consultative platform, there will be a more coordinated approach in the work of the Federal Government.

While inaugurating the committee last week, President Buhari said “we must admit to ourselves that our party has been too often embroiled in bitter and on occasions, totally unnecessary squabbles costing us seats in legislative and gubernatorial elections. These never should have happened. We are here to make sure such occurrences do not happen again. We must now ensure regular consultations between the party and the Government.

“I am a firm believer in the doctrine of the Separation of Powers, which is fundamental to our constitutional democracy. But our practice should be harmonious checks and balances devoid of bitterness and petty rivalry,’’

Speaking to journalists at the end meeting, the President of the Nigerian Senate, Sen. Ahmed Lawan said the committee’s focus is to enhance proper coordination between the party and the various arms of government for the purpose of effective implementation of programmes for Nigerians.

According to him, “last week, we told you, the essence of this committee is to ensure optimum service delivery to the Nigerian people. The legislature, the executive arm of government and the party (platform on which the legislative and executives arms, today are on) are all together in this committee, trying to shape very strategic means of delivering services to the Nigerian people.

“We want to ensure that there is good governance continuously for the entire period of our tenure and subsequent years that we will be in government, by the grace of God.”

Continuing, the Senate President said “this first meeting was to look at those critical areas that we need to concentrate and focus on how to ensure that we improve on the way and manner by which we deliver services to the Nigerian people, either as an executive arm of government or even the legislature. And, of course, the party is our veritable platform and vehicle for ensuring that this government, including all the arms, implement the party manifesto to the letter.

“The party provides the guidance, the clarifications and the rest of the two will continue to be implementers of this. We are very satisfied with this first meeting, and subsequent meetings will be held on a monthly basis.  But where we think there may be need for an emergency meeting, we could be called for the meeting by the Vice President, our Chairman.”

Aside the VP and the Senate President, other members of the committee present at the meeting included the Deputy Senate President, Sen. Ovie Omo-Agege; the Deputy Speaker of the House of Representatives, Hon. Ahmed Idris Wase; Senate Majority Leader, Sen. Yahaya Abdullahi; House Majority Leader, Alhassan Ado Doguwa; the Secretary to the Government of the Federation, Mr Boss Mustapha; Chief of Staff to the President, Prof. Ibrahim Gambari;  the Chairman of the APC Caretaker Committee and Governor of Yobe State, Alhaji Mai Mala Buni; and APC Caretaker Committee Secretary, Sen. Akpan Udoedehe.

Back to School Expo, Conferences & Awards