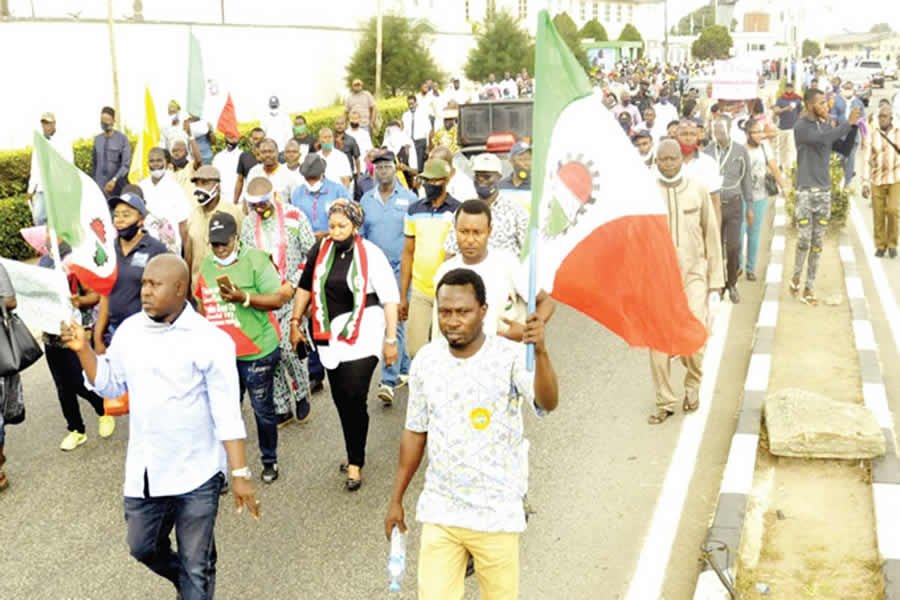 Workers at the Nnamdi Azikiwe International Airport, Abuja, on Monday staged a protest against plans by the concession plan of the Federal Government for Nigeria’s four major international airports.

Employees under various unions in the aviation sector vowed to resist the moves by the Minister of Aviation, Hadi Sirika, to give out the Lagos, Abuja, Port Harcourt and Kano international airports on concession.

They argued that the identified airports were the most profitable in Nigeria and the concession of the facilities would lead to job losses and vowed to down tool if the concession process continued.

He had stated that the concession was part of the reforms in the aviation sector and had argued that it would create more jobs.

According to them, the concession exercise was in bad faith, as they threatened to shut the entire sector if the minister continued with the concession plan.

In his address at the protest in Abuja, the Chairman, NUATE, Ahmed Yusuf, said, “We are protesting because during the lockdown, the minister of aviation surprisingly received the Outline Business Case certificate for the concession of the four most viable airports out of the 22 airports in Nigeria.

“This came as a surprise and an insincere act. It lacked transparency and the staff were not carried along. We totally reject the concession because it is not transparent.”

Yusuf added that the concession of the four viable airports would mean the death of the remaining 18 airports which depend on them (the four).

He said, “It is a disaster waiting to happen and definitely jobs will be lost. The Lagos airport alone can sustain the 22 airports so why the concession?”