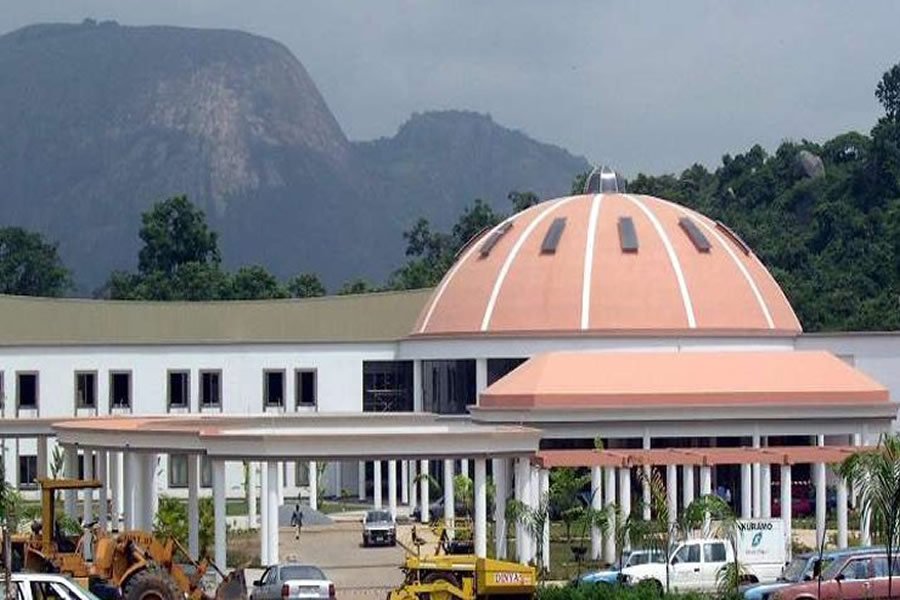 Constructed and equipped at the cost of N21billion, the VIP wing is described as a legacy project for the Buhari administration.

This is as the Secretary to the Government of the Federation, SGF, Boss Mustapha, inaugurated four new projects at the clinic on Thursday.

The affected projects included a biosafety Level 2 Molecular Laboratory, certified by the Nigeria Centre for Disease Control, NCDC, and a medium capacity incinerator donated by the Ecological Project Office, Office of the SGF.

The Dental Wing Extension Building and a block of 2-bedroom flats at the Staff Quarters of the Clinic were also inaugurated by the SGF.

In his remarks at the event, Mustapha described the projects as being amongst the front-burner initiatives of the Buhari administration towards the provision of excellent healthcare services to Nigerians.

According to him, the projects will collectively help to build a State House Clinic that is people-centred and technology driven, delivering services and motivating the workforce towards addressing some of the healthcare service delivery challenges.

He commended Tijjani Umar, the Permanent Secretary, State House, for the completion and inauguration of the projects, and his tireless efforts to raise service delivery standards, not only in the Clinic, but in the State House in general.

The SGF particularly lauded Umar, who assumed duty in State House in 2020, for completing the Dental Wing Extension, which had been left uncompleted since 2013, and also embarking on other important projects in spite of the paucity of funds.

‘‘This building’s unique importance lies in the bold statement about the current administration’s commitment to excellence and ensuring that facilities in the State House Clinic are comparable to the best around the world,’’ he said.

On the molecular laboratory, Mustapha said that Nigeria had improved on its molecular diagnostic capacity, building over 200 laboratories across the country, compared with only two such facilities that existed in the pre-COVID-19 era.

On the ongoing construction of the Presidential Wing of the State House Clinic, Mustapha assured that the project would be delivered on schedule before the end of Buhari administration.

The Presidential Wing of the State House Clinic is designed to be a one-stop shop Medicare services for the President, the Vice-President and their families as well as other high-level dignitaries.

The Permanent Secretary, State House, thanked the SGF for single-handedly facilitating the Molecular Laboratory Project by NCDC and ensuring the donation of a fit for purpose medical incinerator to assist in the disposal of medical waste.

While underscoring the importance of medium capacity incinerator, Umar said:

”This donation was almost fortuitous as the existing low-capacity incinerators in the Clinic had seen better days and were continuously breaking down when they were required most.’’

He said that the completed Dental Wing Extension building had made it possible for the Dental and Radiology departments as well as the Theatre under the Chief Matron to deploy fully, providing care to patients.

On the renovated 2-bedroom flats, which keys the SGF handed over to two medical staff, the Permanent Secretary recounted, “last December, a tragic fire incident in the Staff Quarters of the Clinic completely destroyed that block of 2nos 2-bedroom flats occupied by the medical staff”.

Mr Umar expressed profound gratitude to the array of professionals in the State House Clinic, saying their ‘‘training, qualification and experience have continued to place the Clinic as a destination of choice for patients, interns and various medical personnel seeking care and mentorship.’’

He also thanked the Medical Director, Munir Hussaini-Yakassai and the clinic staff for supporting his modest efforts to turn around the facility for good, pledging, ‘‘there is still much more to do.’’

The Director-General of NCDC, Dr Ifedayo Adetifa, pledged that the Centre would continue to provide the needed support, including maintenance and consumables, for the effective running of the Molecular Laboratory.

According to him, the laboratory uses cutting-edge technology to study infectious agents or toxins that are associated with human disease.

The SGF also toured the newly renovated and extended Ear, Nose and Throat, ENT, Department of the State House Clinic.

No attack on Kaduna-Abuja highway – KDSG

Buhari returns to Abuja from London

Interesting reasons you should visit the Millennium Park, Abuja