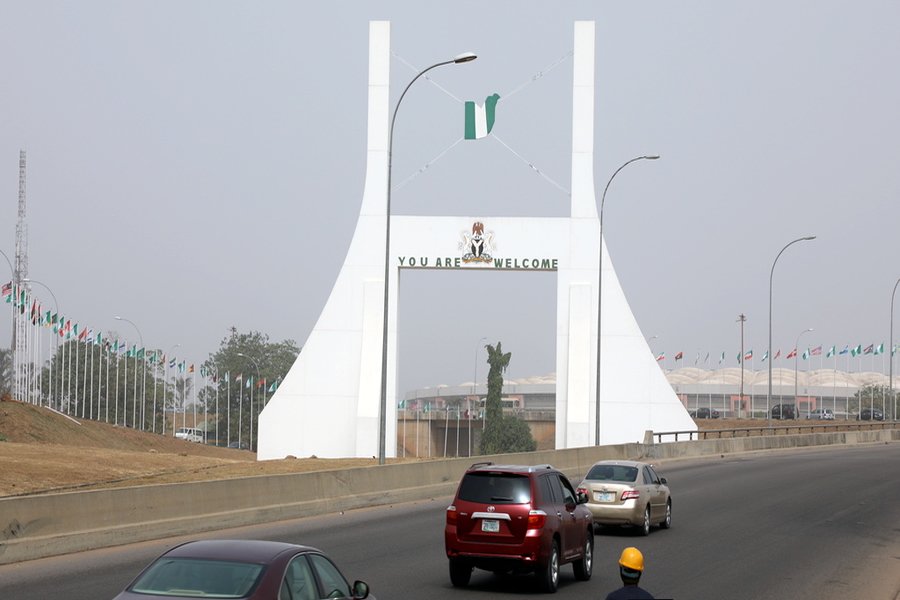 The expediency of democratising leadership and governance in the Capital of the Federation, Abuja advertised itself last week when the nation woke up to an incredible breaking news item that the government of the Federal Capital Territory just submitted the 2022 budget to the Senate where it scaled only second reading specifically on Wednesday, October 12, 2022. Interpretation: The 2022 budget for the government of the capital of Nigeria has not been passed barely two months to the end of the year. And no one in and outside the capital is shocked enough to invite operators of the Guinness Book of Records for another groundbreaking award as ‘Procrastinator of the Decade’ in Nigeria, a country of anything-is-possible.

The fact file: ‘The Federal Capital Territory (FCT) N607.9 billion 2022 statutory budget on Wednesday, October 12, 2022 scaled second reading at the Senate, just a little more than two months to the end of the year.’ The development followed the presentation of the lead debate by Senate Leader, Ibrahim Gobir at the plenary of the Upper House. Leading the debate on the general principles of the bill, Mr Gobir said that the 2022 FCT budget sought to authorise the issue from the Federal Capital Territory Administration Consolidated Revenue Fund of the Federal Capital Territory Administration Account, the total sum of N607 billion. He said that N76 billion out of the amount was for personnel cost, while N138 billion was for overhead cost. “While the balance of N393 billion is for capital projects for the service of the FCT, Abuja, for the financial year commencing from Jan. 1 and ending Dec. 31, 2022.”

The senate leader said that the fundamental thrust of the FCT 2022 budget was to ensure an effective and enduring service oriented administration for the completion of ongoing projects and the provision of effective services to the residents of the FCT. He said that an appraisal of the 2021 FCT statutory budget indicated that in the 2021, the FCT Administration received an appropriation of N329 billion. “During the year 2021, a total sum of N74 billion was spent on personnel cost, representing 100 per cent. “The sum of N52, 73, 25, 744. 00 was expended on overhead cost, representing 79 per cent, while the sum of N72, 730, 869, 849. 00 was expended on capital projects, representing 39 per cent.” Mr Gobir said that the FCT was created in 1976 as one of the major achievements of the military government. “Worthy of note is that the FCT was originally planned for about 3.1 million people. The rapid urban growth coupled with the slow pace of development of infrastructure for the teeming population has led to scarcity of infrastructures.”

He said that Abuja was too far behind in terms of achieving the developmental target envisaged. His words again: “Only 20 per cent of the target has been achieved due to scarce resources often made available to the administration over the years.” He said that the FCT required a minimum of N1 trillion to resuscitate and complete abandoned and on-going projects within the districts that had so far been developed or partially developed. Contributing, the chairman, Senate Committee on the FCT, Smart Adeyemi acknowledged that the budget was far too low.

“This is a budget that is coming some months far behind time. But notwithstanding, effort is made to ensure that those areas that require the attention of the government, which will help to improve the security of life and property of Abuja residents are executed within the available time…We will ensure the 2022 budget is ready before the end of this month,” he said.

During the incredible debate, Senator James Manager (PDP-Delta) expressed displeasure over the lateness in presentation of the budget. “How long will they execute these projects and when will they stop. This is October,” he wondered.

Also, Senate Minority Leader Philip Aduda who represents FCT said that it was unfortunate that the budget was coming late. President of the Senate Ahmad Lawan said that it was unfortunate and unacceptable. In the words of the President of the Senate to the gullible people of Nigeria, “We have worked so hard to change the budget cycle of the Federal Government. And here we have a state we are receiving the budget of the FCT for 2022 in October. “This is unacceptable. We are only considering this because innocent FCT residents will suffer. Otherwise we shouldn’t pass this…”

There is enough blame to go round here: The President of Nigeria is the Governor of FCT and the Vice President is the Deputy Governor of the FCT according to the 1999 Constitution (Sections 299-304) as amended. So, conventionally, the failure of the presidency to submit the budget of FCT at the right time was the elephant in the (senate) room last week. The FCT Minister who has always been sleeping on duty since 2015 should be called out on this. He has a responsibility to put pressure on the office of the President so that the FCT budget details would always be submitted while submitting the organic federal government’s budget bill. There is a Permanent Secretary, the head of the federal bureaucracy in the Territory’s administration. The super permanent secretary can leak this lapse to the Head of the Civil Service of the Federation he reports to. The Head of the Civil Service attends the weekly Federal Executive Council where the failure could be tabled to the presidency through the Chief of Staff to the President. The National Assembly is the Assembly to the Federal Capital Territory according to our Constitution. And in our bicameral legislature at the centre, there are two Committees on FCT in both Chambers. Senator Smart Adeyemi heads the FCT Committee at the Senate. So, the Chairman and Deputy Chairman of the Joint Session of the National Assembly who are President of the Senate and Speaker of the House of Representatives and Chairmen of the two Committees on FCT at the National Assembly have a large share of the budget debacle of the FCT. What is more galling, there is a Senator representing Abuja at the Senate and two members representing Abuja in the House of Representatives too. Yet none of these big men who are all working and resident in Abuja could ask the wonderful Minister of FCT why there has been no Appropriation Bill for the FCT for 10 months.

This remarkable indolence is not new as the FCT administration is noted for procrastination in addressing budget issues and his cabinet. For instance, the Senate passed the 2021 budget of N329 billion for FCT on June 29, 2021.

The lawmaker also said most of the projects executed by the Federal Capital Territory Administration (FCTA) and the Federal Capital Development Administration (FCDA) were still ongoing “due to overbearing ineptitude of getting the Due Process Certificates on time…New and ongoing projects were not sufficiently funded due to delay in the release of funds, occasioned by bureaucratic bottlenecks,” he said.

The lawmaker added that projected revenue accrued to FCT Administration was stretched by N30 billion, due to additional revenue derived from Additional Statutory Allocation received from the differential distributed from the Excess Crude Account for receipts from January to May, 2021, and expected receipts for the remaining seven months of the year; and Stamp Duty Refunds.

The President assented to the bill on August 25, 2021, barely four months to the end of the year. Meanwhile, there were reports in December that year, 2021 that residents felt the pang of the abysmal delay and bemoaned non-implementation, two weeks after assent to the FCT bill.

The 2021 FCT Budget was the best in recent time. Wait for this: The Senate passed N199 billion FCT 2020 revised budget on Wednesday, December 9, 2020, 21 days to the end of the year. There was no contextual report of the criminal delay of the revised 2020 budget in any news media.

The budget approval was sequel to the consideration of the report of the Senate Committee on FCT. The Senate on that Wednesday, December 9, 2020 approved N199.2 billion as the Federal Capital Territory (FCT) budget for 2020 fiscal year. The N199 billion-revised budget is about N79 billion lower than the 2020 statutory Appropriation Act figure of N278.4 billion.

The chairperson of the panel, Abubakar Kyari, made the presentation titled: “Harmonised report of the 2020 Federal Capital Territory (FCT) Appropriation Act (Repeal and Re-enactment) Bill, 2020.”

Let’s recall that more than two years after his re-election in 2019, President Muhammadu Buhari finally appointed Mandate Secretaries (equivalent of Commissioners in the states) for the Federal Capital Territory FCT on November 21, 2021 and they were sworn in by the FCT Minister a week after. This happened even so late only after two critical articles on this page: on January 10, 2021, there was an ‘Inside Stuff’ article titled, ‘Buhari and FCT Minister’s Missing Memo:https://guardian.ng/opinion/buhari-and-fct-ministers-missing-memo/, which drew attention to the serious governance crisis. Eight months later, nothing was done by the President and so on August 8, 2021, there was another critical reminder titled, ‘Buhari And His FCT Minister’s Inaction/https://guardian.ng/opinion/buhari-and-his-fct-ministers-inaction/.

Besides, on May 29, 2022, I wrote here:‘Abuja: From Capital to National Darkness!’/https://guardian.ng/opinion/abuja-from-capital-to-national-darkness/ which drew attention to Abuja as a dark city (without street and security lights. Now the reasons for poor infrastructure in Abuja are quite clear.

Now there is no doubt that the administrators of the City – from the President through his lousy FCT Minister to the National Assembly’s big men and others, there has been no serious commitment to the nation’s capital’s governance system. That is why the Constitution should be amended to have a democratically elected Mayor of FCT with its Mayoral Council. Specifically, the Capital of the Federation is too important to be left to the whims and caprices of a President’s appointee who may be lazy and incompetent, after all. Sadly, most of these negligent public officers including the FCT Minister were given Nigerian National Honours last Tuesday by the President. Who will save Nigeria from celebrating mediocrity and incompetence?