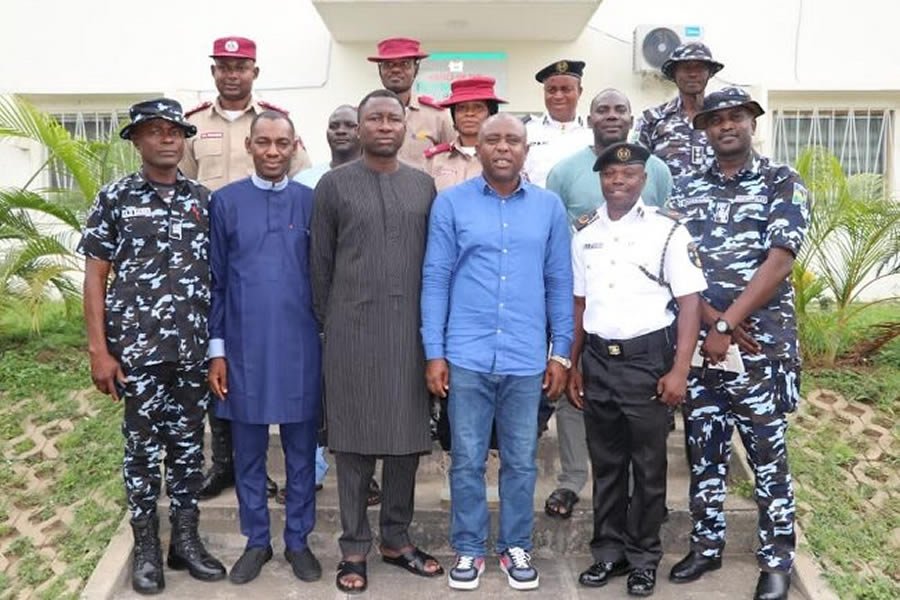 The Federal Capital Territory Administration (FCTA), in a move to curtail insecurity and reduce traffic gridlock in the Dutse-Alhaji axis of the capital city, has concluded arrangements to start the enforcement of the Dutse market at 6 pm closing time.

Senior Special Assistant to the Honourable Minister on Monitoring, Inspection and Enforcement, Mr Ikharo Attah, stated this at a consultative and strategy meeting over the weekend with heads of Security agencies and paramilitary organisations, especially those in charge of Dutse-Alhaji axis in his office in Abuja.

Attah described as unacceptable the continued flouting of traffic regulations by motorists in the area, especially during the rush hour periods which he identified as the major cause of gridlock in the area and therefore said the administration is committed to ensuring the free flow of traffic in the area.

He said: “We will look at the Dutse market, where people don’t have a closing time, when they finished people just come to the main road and clog the road. We also look at the Sokale roundabout in Dutse and some of the challenges there and there will be an engineering solution.

“We will clean the Dutse market and remove all the illegalities there and ensure they have a closing time. The market doesn’t have a closing time, it affects traffic, security and other things. People close their shop as late as 10 pm at night or it is when the people get tired they leave the market and it is not good for the city at all.

“Once the market closes by 6 pm, everyone goes home, everyone will know they are done for the day, it will not be acceptable anymore for people to finish in the shop and come and spread their goods on the road causing traffic, the Minister will not accept it and it has to stop.

“FCT Minister, Malam Muhammad Bello, traffic management team met as part of the Dutse-Alhaji axis, the FCT Minister asked us to clear traffic in Nyanya and Dutse-Alhaji. Why we are meeting is because we have already seen retrogression on the job we did in September, we collaborated with other security agencies like Road Safety, VIO, Police, AEPB, all of us are working in that axis to address environmental, traffic issues.

“We want to ensure we have free traffic in that axis and ensure everything is working well in that axis. Already the Mandate Secretary on Transportation Adamu Candido, is already doing so much on the issue of restrictions on okada and others., He stated.

The Federal Capital Territory Administration ( FCTA), in a related development, has warned that Mechanic workshop owners illegally operating within the reserved transit-way corridors in Abuja will henceforth be arrested, vehicles impounded, while the recalcitrant technicians will face Mobile Courts.

A Supervisor in the Directorate of Road Traffic Services ( DRTS), Moses Anyebe over the weekend disclosed to newsmen that five vehicles were evacuated from illegal Mechanic Workshops operating the city in resumed Weekends operations to tackle growing illegalities and criminalities in the city.

Anyebe noted that; “We have evacuated 5 vehicles from this place. We will make the technicians and owners of the vehicles sign an undertaking not to come here again. And we will also send them to Mobile Court,” he stated.
Tribuneonlineng