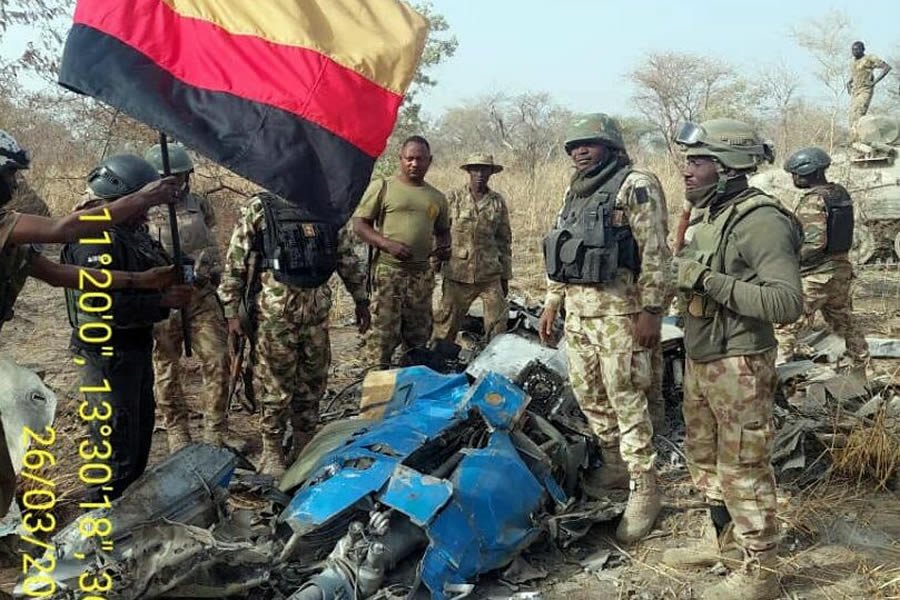 A Nigerian Air Force Pilot who paid the supreme price during a combat mission in the Northeast of the country was finally buried on Thursday, Oct. 13, in Abuja.

Sources disclosed that DNA verification was done to confirm that the remains were that of Ebiakpo Chapele, following which the family was able to have closure.

Flt Lt. Ebiakpo Chapele was buried with honours at the Military Cemetery in the capital Abuja.

The ceremony was private, with only colleagues, friends and family attending. It was not publicly announced by the airforce.

“A patriot who since he was taught about Gowon/Ironsi in pry 6 insisted we start calling him ‘Major’ cos he’d serve Nigeria.”

“I salute your courage little bro”, Tracy, a presenter on Wazobia FM, added.

The two Flight Lieutenants were conducting a mission in support of the counter-insurgency operations on March 31 2021, when their aircraft disappeared from radar and went down in the famous Sambisa forest, a former stronghold of the Boko Haram terror group.

At the time of the incident, the Air force had ststed that an “extensive search and rescue effort” was going on, by ground and air.

Reports had indicated that the body of Chapele and his aircraft was missing before his body was discovered.

A year later, on March 26 it was announced that soldiers on a clearance/fighting patrol as part of a large-scale offensive in Sambisa named ‘Operation Desert Sanity’, discovered the wreckage of an Airforce Alpha Jet with the designation NAF 475, Chapele and Abolarinwa’s plane.

The Air Force noted at the time that further explorations were “ongoing”.

When contacted on the development, Director, of NAF Public Relations and Information, Air Commodore Edward Gabkwet confirmed that the burial was held.