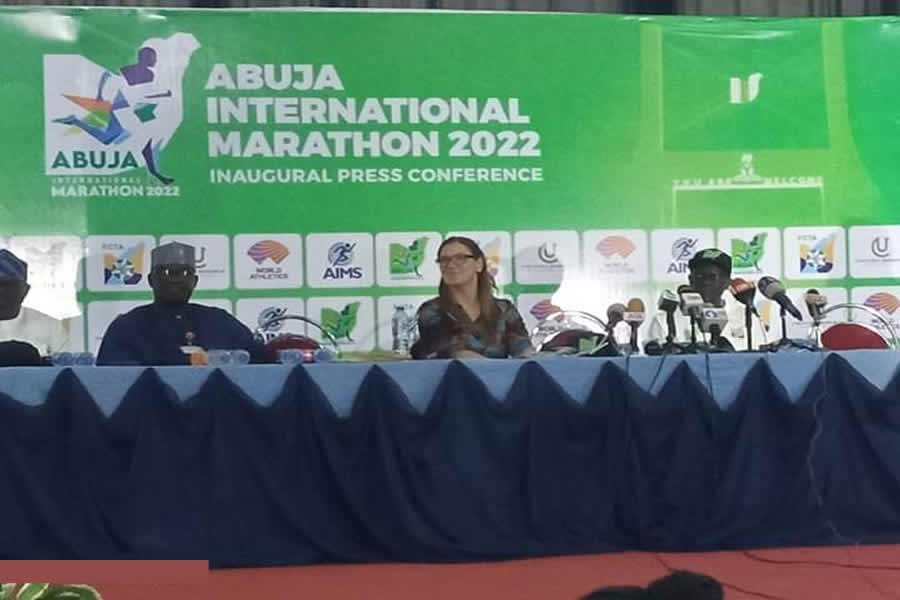 The Abuja International Marathon has been postponed to April 2023 according to a statement signed by the Race Director Olukayode Thomas.

The race, a first of its kind in Abuja and FCT, was slated for 17 December at an elaborate press conference which unveiled the race on June 30

Thomas said everything was in place for the first international marathon in the FCT, until the security threat issued by the American Embassy and other foreign missions in Nigeria on 23 October 23, that there were plans to bomb the FCT and some parts of Nigeria.

“We have already put everything in place to organize a great race. Our route has been measured and calibrated by Norrie Williamson, one the best route measurer in the world, we have signed on about 120 foreign elite runners and about 200 local and thousands of runners, both avid marathoners and fun runners but, the security threat especially with the press release mentioning that they are planning to attack an athletics event in the FCT and our race is the only athletics event planned for the FCT, we have to go back and re-strategize”

Thomas revealed that there were a series of meetings with the top echelon of the security agencies to find a way around the situation and prevent the postponement not only because of the efforts Unicentral Resources Generation Limited and the FCT have put in place to organise a successful race but because of runners, managers, sponsors and others stakeholders in the marathon and road races who have invested so much in the race.

Unfortunately, the security agencies insisted on postponement and advised that the best time to organise the race is after the elections.

“We did all we could to avoid this unfortunate postponement and make history by organizing the first international marathon in FCT, but the security agencies advised that we postpone. As a responsible organization that places a premium on human lives, we have no option but to listen to experts in the security matter. We sincerely apologize for the inconvenience we have caused runners and other stakeholders in the industry. A new date will be announced soon, it will be shortly after the elections, most likely in April 2023, probably the last Saturday of the month’’. Said Thomas.

Lagbaja and Simi thrill at Johnnie in Abuja