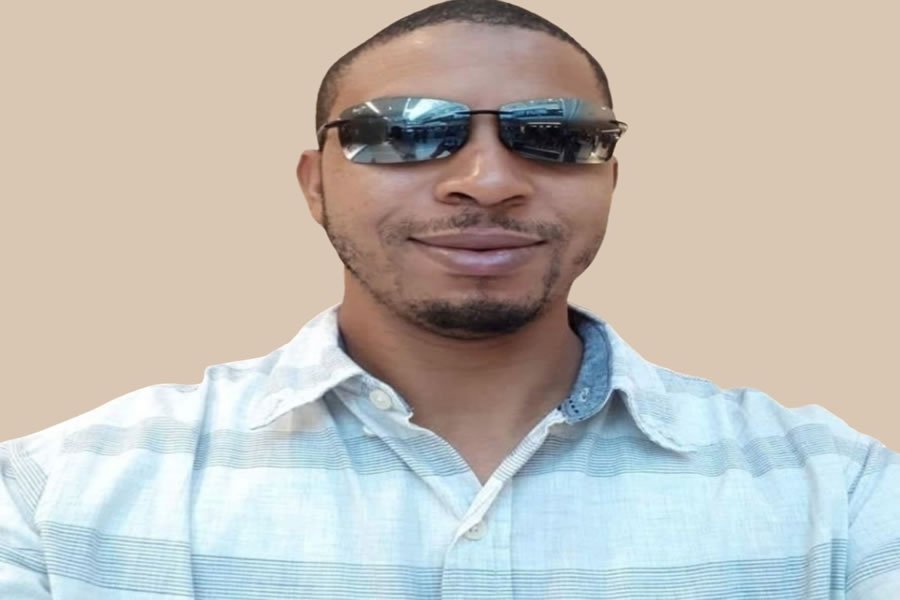 Hundreds of people on Monday attended the funeral prayer of the late Usman Ahmad Hassan, who was reportedly stabbed to death on Sunday while having…

Hundreds of people on Monday attended the funeral prayer of the late Usman Ahmad Hassan, who was reportedly stabbed to death on Sunday while having a morning jog a few meters outside his Ochacho Estate residence in Idu-Karmo district of the Federal Capital Territory.

The father of four was buried amid tears in Barkin Ladi town, Barkin Ladi LGA of Plateau State.

The deceased, until his death, was a staff of the Nigerian Upstream Petroleum Regulatory Commission (NUPRC) and had just bagged a master’s degree in Energy Oil and Gas Economics from the University of Dundee, United Kingdom.

Daily Trust reports that the corpse of the deceased was found in a pool of blood less than half a kilometre from the estate’s gate.

The bereaved father, Hussaini Ahmad, said he received the news of the death with shock from his late son’s wife.“The wife of the deceased called me on Sunday, telling me that Usman was nowhere to be found since he left for a morning walk. I was later told that his corpse had been found. His friends and other good Samaritans recovered the body and brought it to Barkin Ladi for burial.

Ishak Muhammad Adam, a friend of the deceased, said they had lost a friend they would never forget for the rest of their lives.

“The death of my friend is very shocking. The entire people of Barkin Ladi and its environs have lost a son. You hardly see him quarrelling with or having trouble with someone. But all of a sudden, some people attacked him and killed him.

“He was not selfish and would always help whoever was in need and was good to his parents. We will continue to remember him for the rest of our lives,” he said.

Danjuma Ibrahim, a youth leader in Barkin Ladi, told Daily Trust that they were shocked when the news of the death was broken, saying it would continue to linger in their memories.He said, “We are disturbed by the death of Usman. The nature of the killing was pathetic. He was good not only to his family but to everyone in the community and that was why the funeral witnessed thousands of sympathizers.”

Kasim Suleiman Abdullahi, a neighbour, said since Usman relocated to the estate three months ago, they normally went out for morning walks every weekend; the last of which was on Saturday.

He said, “On Sunday morning at around 6:38am, Usman sent me a WhatsApp message asking what time we were going for the walk. Unfortunately, I had to drop my family at Jabi Motor Park as I was unable to make it the day before.

“Around 11am, Usman’s wife came to my house to ask my wife if we went out together as he had not returned. I quickly got up from bed, came downstairs, and met Usman’s wife together with another friend’s wife who I happen to know.

“I then went to our estate gate to inquire if anyone had seen Usman passing in the morning to which they said they could not recall. I went back home, got into my car and followed the route we used for our morning walk with Usman.

“I also put a call to Usman’s childhood friend. He quickly came to our estate where we met.“We then decide to report Usman as missing to the nearby police station. At the station, we gave a description of Usman, his phone numbers and what he was wearing that fateful day as well as the last time he was seen.

“We were then informed that it would take 24 hours before a signal could be raised but that we should continue the search and rescue effort.

“We went back that route one more time, stopping at every interval to inquire if anyone had seen Usman. We also searched the surrounding bush along the road to see if we would find any clue but all to no avail. At this juncture, we decided to go back home and continue praying that God will return Usman to his family.

“While performing ablution for Zuhr prayer, someone called to say he had seen a dead body less than a half kilometre from our estate gate. I abandoned the ablution and drove to the place described.

“I was Usman’s lifeless body, with his joggers soaked in blood as a result of a stab on his right lap. His phone was nowhere to be found, which suggested that phone snatchers could be behind his untimely death.

“We went back to the station to update them on the development as well as invite them to the scene. After some formalities, the body was released and taken to Garki Hospital, where Usman was officially certified dead.’’

According to him, Usman might have succumbed out of resistance he put to the phone snatchers and he may have hurt one of them in the ensuing fiasco, “probably that might have provoked them to even stab him with a knife.

Zainab Usman, another resident of Ochacho Estate, narrated how she experienced a similar incident in April this year while on a morning walk around the estate.

“Sometime in April, I went for a walk in the morning. On my way back, I saw some people following me; when I checked, I saw two people behind, two in front, and then I saw two crossing from the other roadside.

“Immediately I knew that they were about to round me up. So, what I did was I just crossed the road and run. I was stopping some cars that were passing but none of them stopped.

So they just came and surrounded me. They were holding machetes and sticks.”

She lamented that despite reporting her case to the Karmo Police Division, there had been no improvement in the situation in the area.report this ad

She said anytime she was taking her kids to school in the morning and saw people jogging and walking around, she felt like telling them to stop out of the feeling that the place was not secure.

The secretary of the residents’ association of the estate, Jimoh Olaitan Abdullateef, said he was shocked by the killing of Usman, whom he described as a complete gentleman, God-fearing and a devout Muslim.

“In fact, the deceased was even the secretary of the estate security committee. It’s rather unfortunate that he died at this tender age and was killed just because of a phone.

“This is the third time that such a thing is happening to a person in this estate. I remember way back in 2020; a neighbour’s phone was snatched, and early this year as well, another neighbour’s wife was attacked in such a manner,” he said.

The FCT Police Public Relations Officer (PPRO), Josephine Adeh, did not respond to calls and messages to her on the incident up till the time of filing this report.

Mob attacks FRSC duty post, burn ambulance vehicle
Abuja orphanages in Gwarinpa and Lugbe get relief materials
6 things you can do for 5k or less in Abuja
previous post

Nigerians to save foreign exchange as Buhari commission hospital in Abuja

A soldier of brutalise his daughter in Abuja