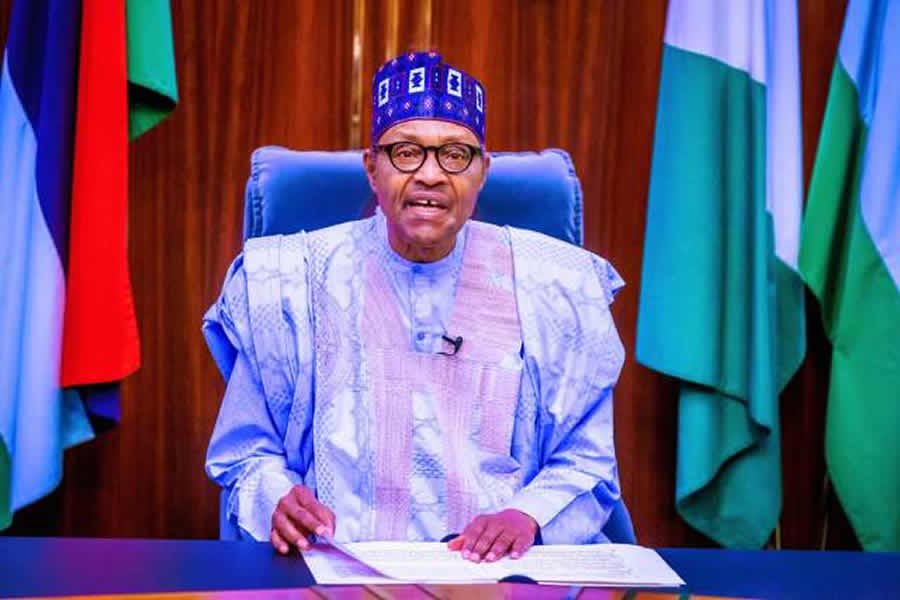 President Muhammadu Buhari on Christmas Day said he will retire to his Daura hometown, Katsina State to rest from the rigours of office and to avoid problems, when he exits from office on May 29, 2023.

President Buhari stated this while hosting residents of the Federal Capital Territory, FCT, who paid him Christmas homage at the Presidential Villa, Abuja.

Speaking at the homage, the President said, “Thank you very much for taking your time to come and visit me and I congratulate you on this great day (Christmas). I have promised a lot of my colleagues that I will try and be as far away as possible from Abuja when I leave the office so that nobody can create any problems for me anymore.

“I will be in Daura, which is on the border with the Niger Republic and I think in spite of technology, I will be safe enough there.”

He expressed his appreciation to Nigerians for trusting, supporting and giving him the opportunity to serve as their leader.

He told the delegation, led by the Minister of the Federal Capital Territory, Mohammed Bello that while campaigning for President in 2003, he took his time to visit the 774 Local Government Areas of the country and he got overwhelming support from the people.

He used the occasion to once again assure Nigerians that he will not stay in office a day longer that the stipulated time of his tenure in office.

“I thank God that before the 2019 elections I went around the whole of the States and in 2003-2011, I went to all the Local Governments in this country and I thank Nigerians, the people who turned up in every Local Government were more than what anyone can buy. So, I was pleased with the way Nigerians highly treated me and accepted me. In five months’ time, I will happily retire according to the provisions of the constitution of the country and go back home,” he added.

Speaking earlier, the Minister of the Federal Capital Territory, FCT, and leader of the delegation, Mallam Mohammed Bello, said it has become mandatory for a delegation of residents of the seat of power to pay homage to the President during festivities like Christmas and Sallah because he is the Governor General of the FCT.

He said, “It is not surprising to pay such visits because constitutionally, as the Governor General of the FCT, you are also the head of the administration of the FCT but you have graciously delegated that to me. Today marks a milestone for us because in 2020 and 2021 we could not pay such visits due to the emergence of coronavirus.”

He wished President Buhari long life and a successful retirement as his tenure gradually comes to an end.

According to him, “This also presents the last Christmas that we are going to have an opportunity as residents of the FCT to come and pay you homage because in five months’ time, your tenure would have ended and the next Christmas will be under a new President.

“So, we use this opportunity to thank God almighty for having made it possible for us to witness several Christmas celebrations under your leadership. I wish to also on behalf of the entire residents of the FCT, wish you well and pray for God almighty to grant you long life, and a useful and healthy retirement in the next few months. We want to also extend our appreciation for what you have so far done for the country.”

“We want to reassure you that in the twilight of your administration, the Christian community is fully in support of you and praying that God will bless your effort and that this desire you have to see that the sufferings of the citizens of this nation are alleviated, will begin to yield fruits.

“We are not unaware of the challenges that you continue to face especially security challenges which have become a very persistent problem in our nation today we are praying and we have not given up hope and we want to encourage you to continue doing your best and we believe God will one day intervene and do what man cannot do.”

He also prayed for successful and peaceful general elections across the country next year.
The highlight of the event was the presentation of a giant Christmas card by the FCT Minister to the President on behalf of residents of the Federal Capital Territory.

Lack of updated membership register, a challenge to direct primaries