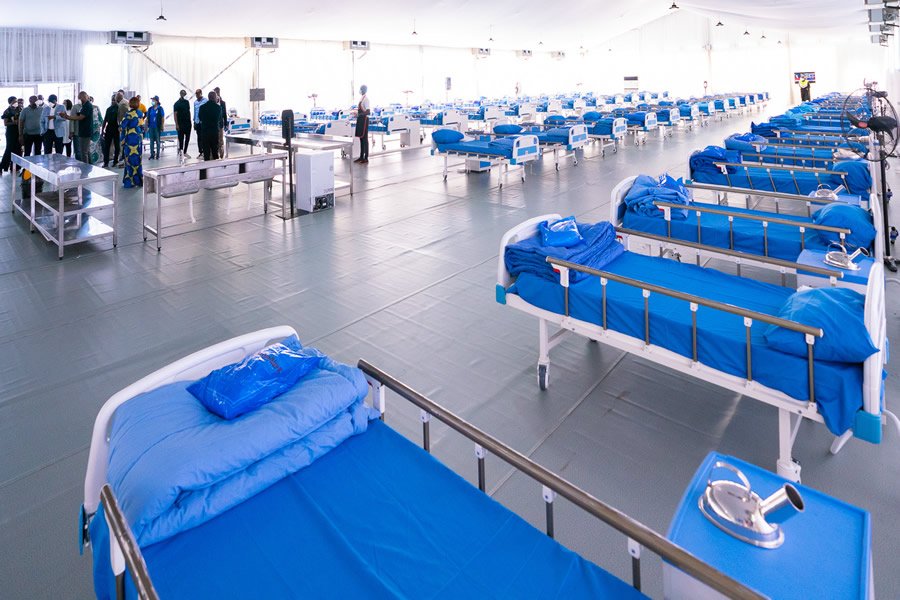 An isolation and treatment centre for COVID-19 patients in Abuja has been expanded to take 300 beds.
The centre being constructed by the CCECC was a result of the partnership between Sahara Foundation and ThisDay.
The project was originally designed for 200 beds.
However, in a statement by Sahara Group on Monday, it was said that rising cases of infections in the country necessitated the increment to 300 beds.
The expansion, according to the statement, also include the completion of facilities to support the Nigerian Centre for Disease Control tests for the virus along with the inclusion of eight ICU transit beds for severe cases.
Engineers overseeing the project were said to have hinted that the new expansion directive meant that the projected completion date of the project would be moved from April 20 to April 27, 2020.
The Chairman, Sahara Charitable Foundation, Major General Emeka Onwuamaegbu (retd.), said, “The expansion of the facility at this time is in response to the recent increase of COVID-19 cases and the need to ensure that the centre is equipped to handle the most patients effectively and efficiently in line with global standards.
“Ninety per cent of the project is complete and we are so grateful to the construction teams, frontline medical personnel, volunteers, the Presidential Task Force on COVID-19, the FCTA, NCDC and the Ministry of Health that are working together to spearhead our nation’s efforts towards halting the spread of the virus. ”

Friend of woman who was killed by her nanny in Abuja, speaks