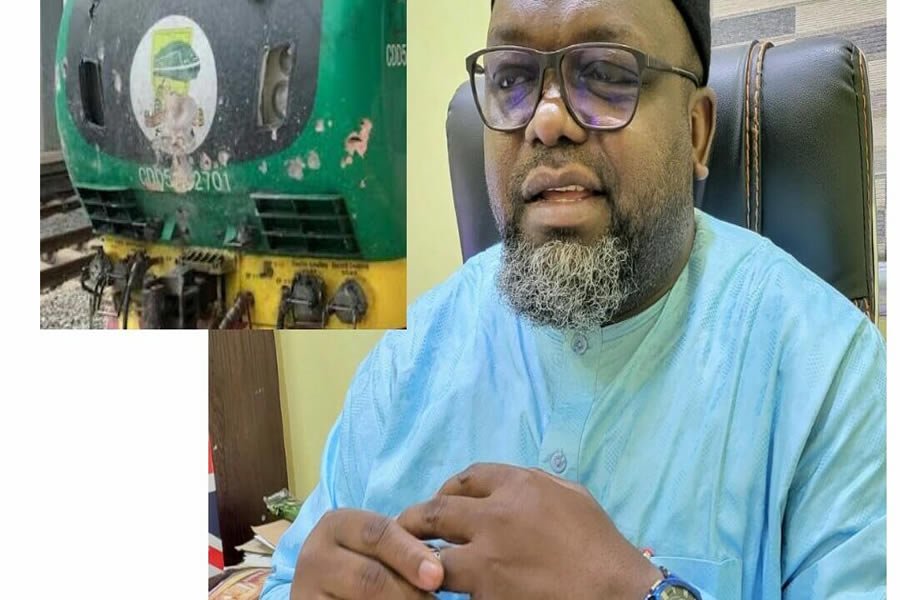 Self-acclaimed mediator negotiator for the hostages of the ill-fated Kaduna-Abuja train service, Tukur Mamu, has been detained by the Department of State Services.

Although the details of his arrest and what prompted the arrest have not yet emerged, the Department of State Services has confirmed that Mamu is in its custody in Abuja.

The Spokesman for the DSS, Dr. Peter Afunanya, confirmed in a statement made available to Vanguard on Wednesday evening that Mamu was arrested following a request by Nigeria.

The DSS statement said,” The Department of State Services has been inundated with enquires in respect of the arrest or otherwise of Tukur Mamu, the self-acclaimed Kaduna Train hostage negotiator. This is to confirm that Manu, as a person of interest, was intercepted by Nigeria’s foreign partners in Cairo, Egypt on 6th September 2022 while on his way to Saudi Arabia.

“He has since been returned to the country, today, 7th September 2022 and taken into the Service’s custody. The act followed a request by Nigeria’s Military, Law Enforcement and Intelligence Community to their foreign partners to bring back Mamu to the country to answer critical questions on ongoing investigations relating to some security matters in parts of the country.

“The public may wish to note that the law will appropriately take its course,” Dr. Afunanya said.

It will be recalled that prior to his arrest and return to Nigeria, Mr. Mamu was frequently seen on videos either castigating the federal government for delaying the freedom of hostages in abductors’ custody or posing with freed captives since the hostage-taking in March this year.

It will also be recalled that the Federal Government was upset by the sudden emergence of Tukur Mamu as a ‘negotiator for the release of hostages of the Kaduna train attack even after the withdrawal of Sheikh Gumi, his principal.

Vanguard reports that the government might press serious charges against him for being accessory to terrorists who attacked the train and for appearing to have benefited from the misfortune of the ill-fated abductees.

Media star shows us how to rock stylish sequin pants