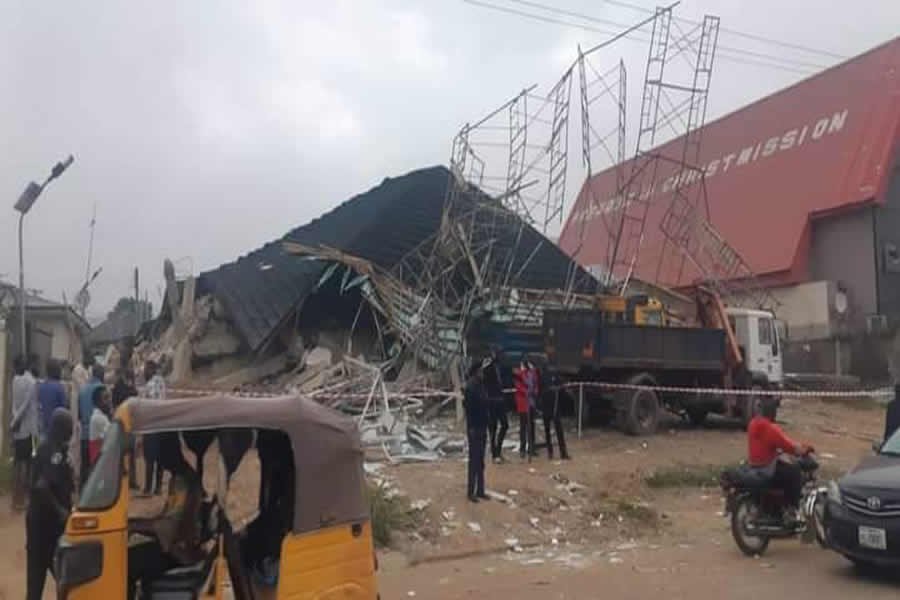 Emergency services are now battling to rescue some people suspected to have been trapped under the rubbles of a collapsed shopping mall in Kubwa, Abuja.

It was not clear at the time of this report whether there had been any causality or how many people may have been trapped.
Five victims have been rescued by a joint task force of operatives of the Nigeria Security and Civil Defence Corps, the Nigeria Police Force, and some residents.

The two-storey building in Kubwa, a suburb within Abuja Municipal Area Council of the Federal Capital Territory, Abuja, collapsed on Thursday night. The building is also housing a shopping mall.

One of the rescued victims, Hafeez Olayinka, who spoke to our correspondence, confirmed that the building had collapsed on Thursday night at about 11:30 pm, but they were only rescued in the early hours of today (Friday), and we’re taken to the hospital.

He noted that he arrived at the collapsed building on Monday to fix up some things in the building.

Olayinka said, “We’ve been trapped since Thursday night. I have been here since Monday to fix up some things in the building.

“At about 11:30 pm on Thursday, we noticed that the building was collapsing, and we tried to escape. But five of us we were rescued this morning, and they took us to the hospital.”

Why You Need to BackUp all Your Data on the Mobile Cloud.