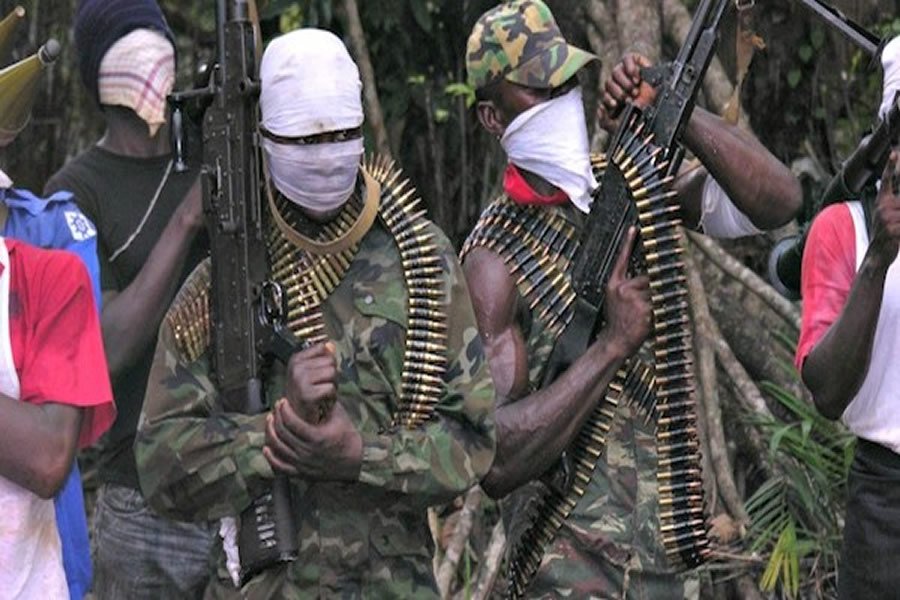 There was fear in Abuja in the early hours of Friday when gunmen invaded the residence of a man identified as Peter at Gbazango extension, Kubwa, Abuja and kidnapped him with his brother-in-law.

According to an eyewitness, the five gang armed men also shot three vigilante members who attempted to disrupt their operation.

A neighbour of Peter, who identified himself as Desmond, disclosed the gunmen shot for a long time before gaining access to Peter’s house.

He lamented that the police response to distress calls was slow.

Desmond added that police operatives from Byazhin police station showed up long after the kidnappers had taken away their victims.

While narrating the ordeal, Edmond said: “Our boys (vigilante members) were lucky because they could have been killed.

“The kidnappers shot three of them and also took away Peter and his brother in-law. They also went away with two phones. We have been calling Peter’s line but the phone was switched off”.

It was gathered that police officers from Kubwa division have visited the crime scene and also spoke with the residents of the area and the community association members on the incident.

He told The Nation police have launched a rescue operation, adding that the police will not rest on its oars on the incident.

The police, Mariam assured, will do everything possible to rescue the victims.

She said: “Two people were kidnaped in Kubwa in an isolated area, very close to the rock. However we have launched a rescue operation to ensure that they are back.

“We are hopeful that we will apprehend the perpetrators and rescue the victims”.