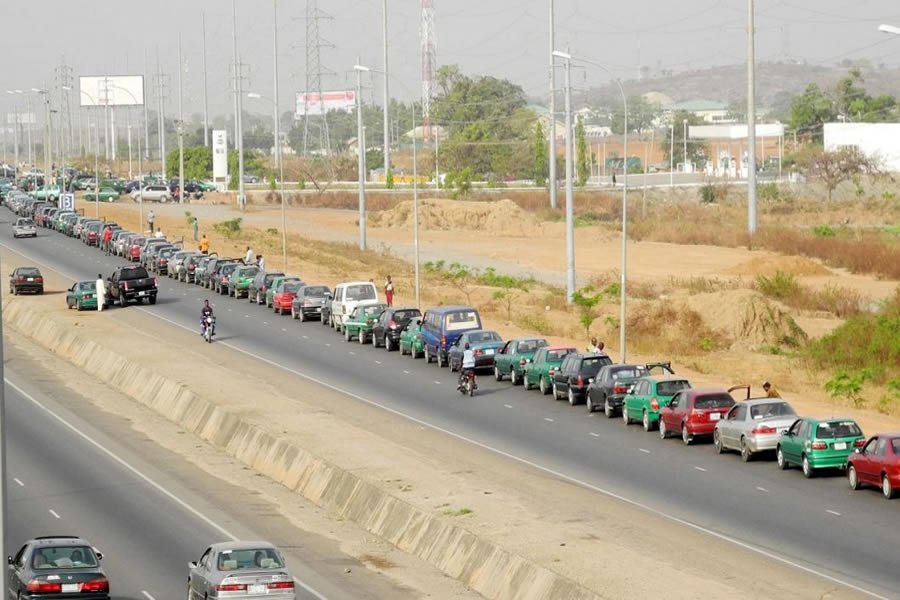 PETROL marketers have attributed the lingering petrol queues in Abuja and other northern state capitals to the high cost of freighting the product from coastal depots.

The National President of Natural Oil and Gas Suppliers Association, NOGASA, Mr. Benneth Korie explained to journalists in Abuja yesterday that the exorbitant cost of diesel was having a huge impact on transportation cost of petrol.

Checks around Abuja on Tuesday showed that while few major marketers were opened with long queues, virtually all the independent marketers’ stations were shut.

Mr. Korie, who admitted that there was petrol at the depots in the southern parts of the country, said marketers were reluctant to bring the product up north because of the huge cost implication.

According to him, “The reason for the persistence scarcity of petrol particularly in Abuja is as a result of high cost of diesel. Diesel as at today is N850 per litre in the market and the bridging being paid to transporters from the Petroleum Equalisation Fund is not enough.

“If you look at N850 and you are giving your 1,200 litres from Abuja to Lagos, when you multiply that it will cost you about N40/litre to bring the product in. If you add that to the cost of purchasing it at the depot then it becomes too high.

“If bring at N40/litre and you buy at N155/litre that is N195/litre and you are expected to sell at N165/litre, who will do that business. The high cost of diesel is the reason for the queues and it will remain so until something is done”.

Mr. Korie noted that the only solution to the challenge is for the Federal Government to raise the pump price of petrol “a little” in order to reduce the huge amount paid as petrol subsidies.

“When you increase the pump price of petrol a little, the savings will help the Central Bank of Nigeria, CBN, have enough foreign exchange for the importers of diesel to bring in more products.

“The importers are not able to get FOREX at the official CBN rate and so everybody is going to the parallel market to import their diesel and so you expect the cost to be high”, he added.

He pointed out that 70 percent of petroleum marketers in the country have gone out of business because of the high cost of operation, attributed mainly to diesel.