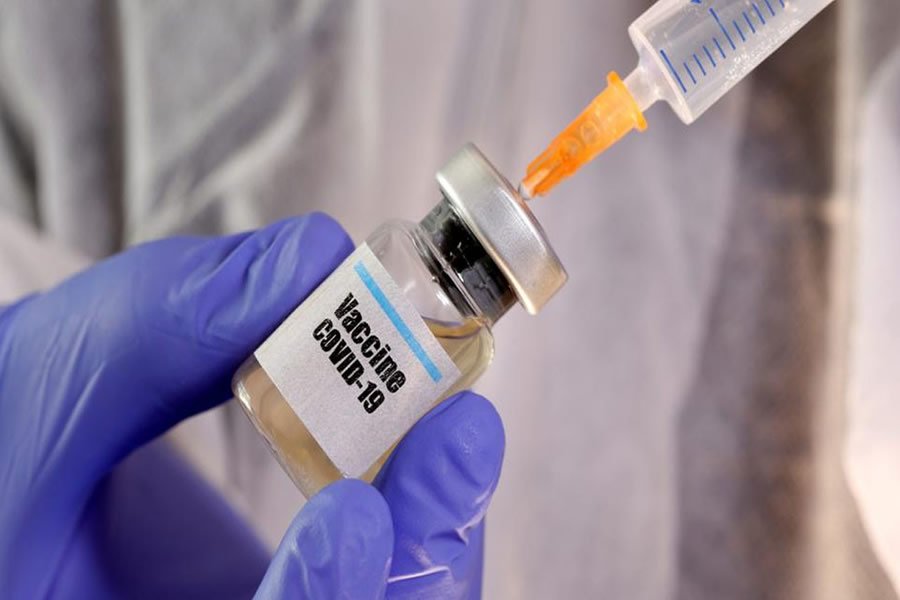 US curbs ramped up as emergency vaccine request to be filed

Americans were on Friday facing a growing raft of coronavirus restrictions, even as pharma giant Pfizer and partner BioNTech prepared to file an emergency request to roll out their vaccine.

California announced a night-time curfew and authorities urged people everywhere not to travel for Thanksgiving as the country was hit by a spike of more than 2,200 deaths — the worst daily toll since May.

The surge comes as India surpassed nine million infections since the pandemic began, with hospitals in the capital Delhi under immense pressure.x

The global outbreak shows no sign of abating after killing more than 1.35 million people and infecting 56 million, with many governments pinning their hopes on several promising vaccine candidates to end the misery.

An emergency use authorization request for the vaccine developed by Pfizer and BioNTech was expected to be filed with the US Food and Drug Administration on Friday, the government and BioNTech’s co-founder said.

Health Secretary Alex Azar told a White House briefing that the application was coming in the next day, confirming a timeline BioNTech co-founder Ugur Sahin shared with AFP.

“The documents will be finalized today and tomorrow and submitted to the FDA,” Sahin told AFP.

Moncef Slaoui, the scientific head of the US operation to develop a vaccine, said the final green light would probably come in December — a timeframe echoed by Sahin.x

The European Union could also approve the vaccine as well as another one by Moderna before the end of next month, EU Commission president Ursula von der Leyen said Thursday.

The two candidates have taken the lead in the global chase for a solution, after large-scale trial data this month showed their jabs were around 95 percent effective.

But the speed at which the vaccines have been developed has raised alarm in some quarters.

Top US infectious disease official Anthony Fauci sought to dispel those concerns during a rare briefing by the White House task force Thursday.

“The process of the speed did not compromise at all safety nor did it compromise scientific integrity. It was a reflection of the extraordinary scientific advances in these types of vaccines,” Fauci said.

In China nearly a million people have already taken an experimental coronavirus vaccine developed by Chinese company Sinopharm, the firm said Friday, although it has not yet provided any clear clinical evidence of efficacy.

The country has been giving experimental Covid-19 vaccines to people, including state employees, international students and essential workers heading abroad since July.

Beijing has been bullish about the science, with four vaccines now in late-stage testing.x

‘Strong recommendation’
The recent surge in US infections has sufficiently alarmed authorities to request that Americans stay at home for next week’s Thanksgiving holiday, which normally sees millions travel.

“It’s not a requirement. It’s a strong recommendation,” Henry Walke, a US Centers for Disease Control and Prevention doctor, told reporters.

US states and cities have been imposing their own restrictions, including home confinement, the closure of indoor dining and a limit on gatherings as infections soar across the country.

California will impose a 10 pm to 5 am curfew from Saturday, with state Governor Gavin Newsom saying it was “crucial to decrease transmission and slow hospitalizations.”x

India is now the second-worst-hit country in the world in terms of infections and has registered more than 132,000 deaths, according to the latest official figures.

New Delhi, facing the dual scourge of winter pollution and coronavirus, has seen cases soar past half a million with a record rise in daily cases.

On Thursday, the megacity’s government quadrupled fines for not wearing a mask in an effort to get a grip on the outbreak.

Many families are scrambling to arrange hospital beds for sick relatives.

“My father’s oxygen saturation level dipped to 35 percent suddenly and we rushed to the nearby hospital but there were no beds available,” Delhi resident Rajeev Nigam told AFP.x

“We ran all night from one hospital to another but it was the same story everywhere.”

In South Australia meanwhile a six-day lockdown for the state’s almost two million people will be cut short by two days after a pizza parlour worker came clean about his movements after misleading contact tracers.

Officials said a man who claimed he was a customer of the outlet — leading authorities to believe the strain was virulent enough to be transmitted via a takeaway box — in fact worked there.

“Their story didn’t add up. We pursued them. We now know that they lied,” Premier Steven Marshall said.