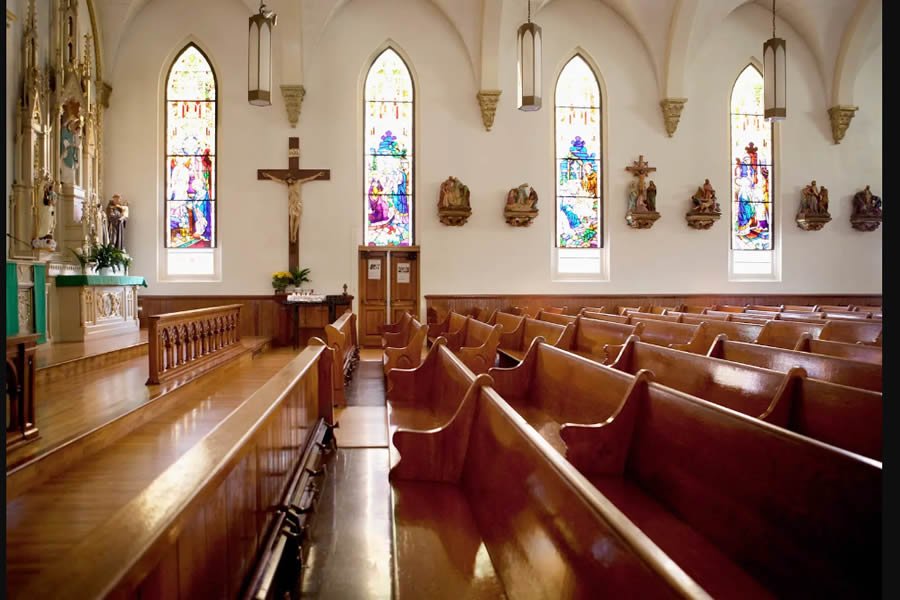 Despite the listing of churches among potential targets for attacks by terrorists in Abuja, and the tension the development is generating, places of worship in the Federal Capital Territory (FCT) will open for services today.

But the opening of the places of worship for services is not without adequate precautionary measures.

Sunday Vanguard survey, yesterday, showed that several churches in Abuja had beefed up their internal security structures ahead of today’s  services.

The United States (US)  Embassy had started the rash of advisories on elevated risk of terror attacks in the FCT, among other targets across the country, last Sunday.

After the US Embassy warning, the British High Commission issued its own advisory to the staff on movement while also announcing reduced services.

Then  Canada, Australia, Germany, Bulgaria, Ireland and Denmark, among others, said they were reducing services and will be attending only to critical needs.

In another circular released, on Thursday, the US government recommended that its citizens should avoid Nigeria and advised anyone who may decide to travel to the country to keep a low profile and prepare a contingency plan for emergency situations.

Also on Thursday, one of the biggest malls in Abuja shut down indefinitely, citing safety concerns.

A few hours after, Inspector-General of Police, Usman Baba, placed his men on alert nationwide and released emergency numbers to the public.

Also, yesterday, IGP Baba rolled out ‘special operations order’ to prevent terror attacks while Sunday Vanguard learnt that some suspects may have been arrested in connection with potential terror attacks in the FCT.

Following the terror advisories and preparatory to today’s services, a survey revealed that for many churches in Abuja, the first line of action taken  was the conduct of vulnerability assessments to identify porous entry and exit points.

Our correspondent learnt that worshippers will be duly screened before entering church auditoriums today, while an increased number of armed bearing security agents will also be deployed in many churches within FCT towns and outskirts to ensure safety.

During a visit to Commonwealth of Zion Assembly (COZA) Head Church in Guzape Hills Abuja,  Sunday Vanguard  observed, yesterday, that sophisticated surveillance infrastructure had been installed around the church while a ‘stop and search’ unit around the entrance point had been established.

It was also gathered that some prominent denominations like the Redeemed Christian Church of God (RCCG), the Winners Chapel, the Deeper Christian Life Church, and the Dunamis International Gospel Centre, amongst others, had launched threat assessment exercises to guide them in developing  effective security envelopes.

According to data collected by the Armed Conflict Location and Event Data Project, there have already been 34 separate attacks on church premises so far this year.

In 2020, there were 19, and, in 2021, there were 33. The data shows 1,664 persons have died in targeted attacks against churches, 390 persons sustained different forms of injuries, and 188 sanctuaries have been burnt or destroyed by terror arsonists since 2010.

Reacting to the terror alert by the Foreign Missions in Abuja, several church leaders, yesterday, allayed the fears of their followers and congregations.

According to him, some of the measures include the installation of security checks at church entrances to keep terrorists in a position of being unable to move closer while attempting to attack and disrupt services.

He  explained that many parishes had mobilised a combined team of armed operatives, para-military personnel and internal volunteer security agents to provide surveillance during services and promptly arrest suspects.

“The faithful, including you (our correspondent), are welcome to mass on Sunday. The church has done what it should do. There will be adequate security in church. We have mobilised sufficient personnel,” Alumuku told  Sunday Vanguard.

Similarly, Pastor Jane Ohioghame of Holyhill Church, a fast-growing pentecostal denomination in Mpape, Abuja, said they would implement stringent security searches for people who may try to enter the church for service.

She said, “Yes, there will be service on Sunday. Nevertheless, we are aware of the terror alert and are working in collaboration with our facility managers to monitor movements within and around the worship centre.

“We are glad the church premises has a perimeter fence around it with only one gate which is an advantage because that will make it easier for us to observe entry and exit to church.

“Above all, we have a system of identifying our congregants. So, we can fish out stranger with relative ease. We have told our people that if they see someone who they are not so sure of, they need to alert the security personnel.”

In the same breath, Special Prophet Elisha Bamigbogun, of Cherubim and Seraphim Church, Angwan Bassa, Lugbe East, Abuja, was of the view that worshippers themselves needed to be vigilant as part of their contributions to making worship centres safer.

According to him, addressing terror threats against the church cannot be treated independent of the call for broader security reform by the authorities, and heightened awareness and vigilance on the part of church goers.

Some Christians residing in Abuja, yesterday, vowed to continue attending church services despite the terror alert by the foreign missions.

For Ms. Msendoo Kumbul, there’s no cause of alarm, insisting that nothing will discourage her from being in church and going about her lawful duties without fear of attack.

On his part, Joel Nimshak, a member of Evangelical Church Winning All (ECWA Goodnews, Pykasa Abuja, beyond the isolated efforts of individual parishes and denominations, there’s a need to strengthen policing capability across board.

He told  Sunday Vanguard,   “In view of the recent terror alert in Abuja, the government must amend section 214 of the 1999 constitution which has firmly fixed policing power in the hands of the Federal Government.

“We must decentralise policing to create a community-focused approach that affords all stakeholders, including the churches in any particular community, the opportunity to make operational inputs towards collective security in the area.

“In my mind, that makes more sense than the current situation where churches are working in silos to ensure security measures around their premises.”

Julius Berger, yesterday, shut down its operations in Abuja over the terror advisories.

In a statement by the company’s Managing Director and Corporate Security Manager, Lars Bichter and Poul Nielsen respectively, the company advised the staff to avoid public places throughout the weekend until tomorrow morning.

The statement reads: “In response to the ongoing security concerns within the FCT and Central Abuja.

“It is advised to avoid all public events within the FCT environment, including: Supermarkets, restaurants, hotels, bars, clubs and other areas where many may meet. This advice is applicable from, 28.10.2022 in the evening until Monday, 31.10.2022 in the morning.

“It remains possible to move to other JBN work or residential locations throughout the weekend.

“Your safety is our primary concern.”

Confirming the ‘special operations order’ rolled out, yesterday, by IGP Baba, Force Public Relations Officer, CSP Muyiwa Adejobi, said, “The IGP has rolled out an operation order, a robust document, to guide our operations and deployment in order to effectively police the FCT.

“FCT has been fortified with both human and material resources. So we don’t envisage any ugly incident in the FCT or any part of Nigeria”.

Sunday Vanguard  also learnt that the authorities at the Army Headquarters Garrison and Guards Brigade in Abuja carried out massive deployments of heavily armed troops with counter-terror equipment in all the entry and exit points of the FCT while soldiers were deployed to communities bordering states of Niger, Kaduna, Kogi and Nasarawa  from where kidnapping gangs often terrorized FCT inhabitants.

Before the advisories, however, a joint police, military and other security team, under the headship of the FCT Police Command, had, in several operations, stormed  uncompleted buildings, shanties and dark spots housing criminal elements,  smoked them out and arrested many criminals elements, miscreants and drug dealers.

Sources disclosed that intelligence agencies had further dispatched plain clothes intelligence operatives to the satellite towns, including Bwari, Kubwa, Suleja, Zuba, Gwagwalada, Kuje, Lugbe and other places, where terror suspects were believed to be hibernating.

One of the sources said, “The ongoing operation has yielded successes as many suspicious elements who could not explain what their mission was in the FCT, or the areas where they were found, were arrested and would be profiled”.