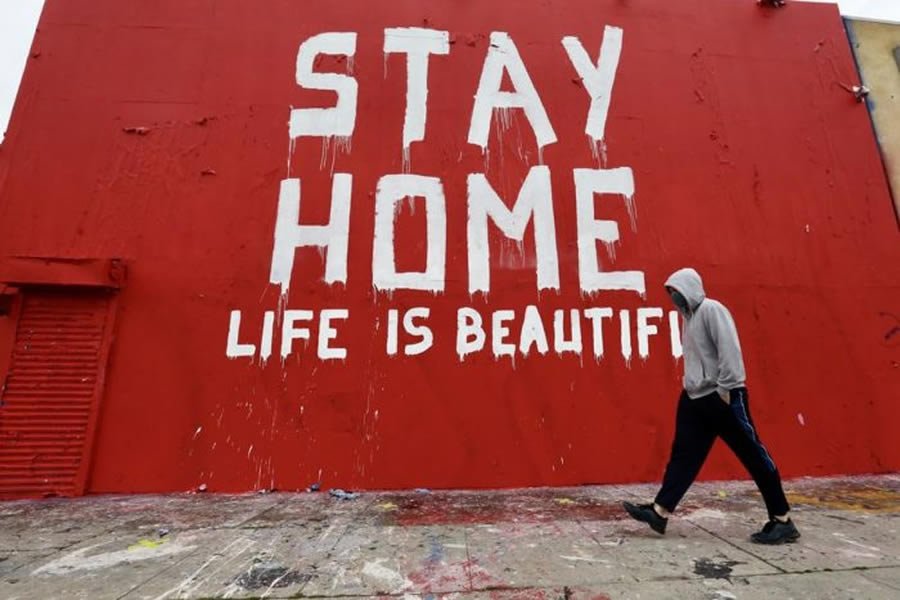 Stay away: Abuja shuts out FG workers in states

Abuja authorities have ordered federal workers residing outsidethe city to remain in their states of residence pending the lifting of ban on interstate travel.

The FCT Minister, Malam Muhammad Bello, made this known today in a statement by his Chief Press Secretary, Mr Anthony Ogunleye.

Bello said that the FCTA would enforce rigorously the guidelines regulating the easing of the lockdown in the FCT as part of measures to contain the spread of COVID-19 in the territory.

He said that security agencies have been mandated to arrest and prosecute, through mobile courts, anyone found contravening the guidelines.

Bello also said the FCTA would enforce the overnight curfew from 8p.m. to 6a.m. in order to prevent possible patients of COVID-19 from coming into the territory.

The minister said effective Monday, May 4, 2020, all civil servants in the FCT on Grade level 14 and above were to report for work three times in a week, on Mondays, Wednesdays and Fridays between the hours of 8a.m. and 2p.m.

He, however, said that all officers on essential duties were to carry on with their assigned responsibilities.

He enjoined all workers to maintain safe distancing protocols of at least two meters and wear face masks at all times.

Bello said that temperature checks and hand sanitising protocols would be strictly adhered to at all entry points and access to offices tightly controlled.

See also  Why You Need to BackUp all Your Data on the Mobile Cloud.

He explained that markets were to operate for two days in a week on Wednesdays and Saturdays between 8a.m. and 3p.m.

Bello assured that neighbourhood selling points would be established in various parts of the city to decongest major markets.

” Wearing of face mask is mandatory to gain access to markets in addition to hand washing and sanitising protocols.

” The above hygiene related protocols are also applicable to supermarkets and neighbourhood markets.

” Banks are to open between the hours of 8a.m. and 2p.m. and are to observe temperature checks, hand sanitising protocols as well as the use of face masks for staff and customers.

” Banks are to limit access by customers to allow for safe distancing reasons and limit the number of staff working on their premises to between 30 per cent and 50 per cent.

” Residents are encouraged to patronise online banking services as much as possible.

” Extant rules regulating restaurants and eateries remain in effect. Restaurants are not open to the public and are encouraged to adopt home delivery services.

” The extant directive on places of worship still subsists and they remain closed,” Bello said.

The Minister reiterated that prohibition of commercial motorcycles within the city centre remained in force including Kubwa and Dutse Alhaji.

Bello noted that tricycles were to limit their activities to areas already designated and were allowed a maximum of three persons (driver and two passengers).

” Similarly, taxis are mandated to carry a maximum of four persons at a time (driver and three persons).”

He also said that all schools in the FCT will remain closed until further notice, adding that schools were not permitted to commence third term session in any form until directed otherwise by the relevant authorities.

He, however, said that schools were encouraged to continue with e-learning and virtual teachings.

” Residents are once more reminded that COVID-19 can be fatal and all are hereby advised to take all prescribed measures to avoid contracting it.

” Equally, persons 65 years and older are also advised to remain at home,” he said.

Buhari extends lockdown in Abuja, Lagos, Ogun by one week