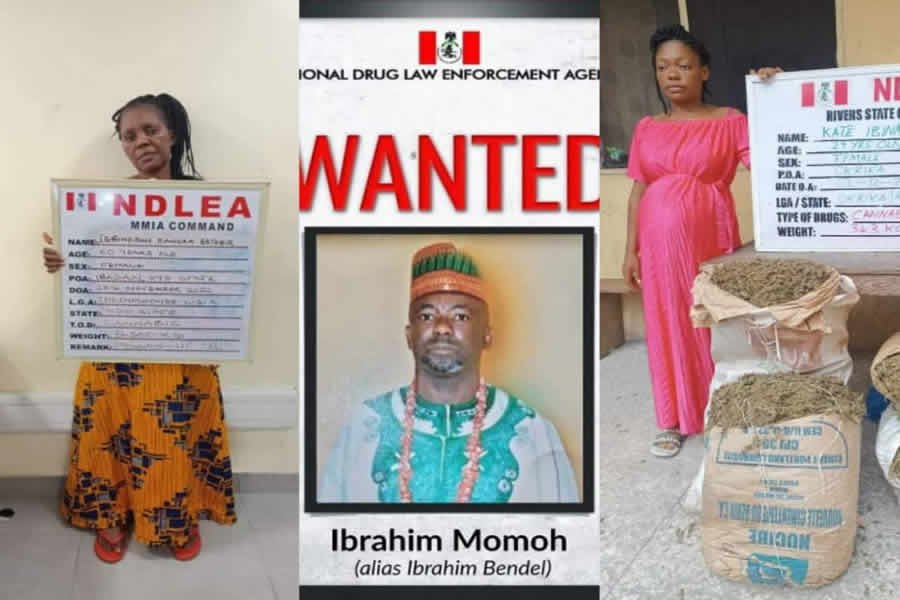 Operatives of the NDLEA had stormed the warehouse of the notorious drug lord and ex-convict, where 81 jumbo bags of cannabis weighed 1,278kgs.

The drug lord had escaped from prison custody to return to his criminal trade.

Though the fleeing drug dealer is still at large and is wanted by the Agency, his warehouse keeper, 55-year-old Ghanaian, Richard Forson Gordon was arrested.

Ibrahim Momoh was first detained on 27th November 2014 with the same substance weighing 385.1kgs, prosecuted, convicted, and sentenced to seven and a half years in prison on 22nd of April, 2020 but escaped from jail after three months.

During its operation, the NDLEA also arrested a 60-year-old grandmother and a pregnant woman among those busted during interdiction operations.

Spokesman of the agency, Femi Babafemi said, “During the operations 5,527.15 kilograms of methamphetamine and cannabis sativa, as well as 132,090 tablets of tramadol and 2,000 bottles of codeine were seized by the NDLEA across five states and the Federal Capital Territory, Abuja in the past week”.

“The grandma, Mrs. Ibinosun Sandra Esther was arrested in Ibadan, Oyo state in a follow-up operation following the seizure of 5.5kg Loud variant of cannabis imported into the country from South Africa.

“The consignment, which she claimed was sent to her by her daughter was concealed in two giant Speakers as part of a consolidated cargo that arrived at the NAHCO import shed of the Murtala Muhammed International Airport, Ikeja Lagos on board an Airpeace Airline flight”