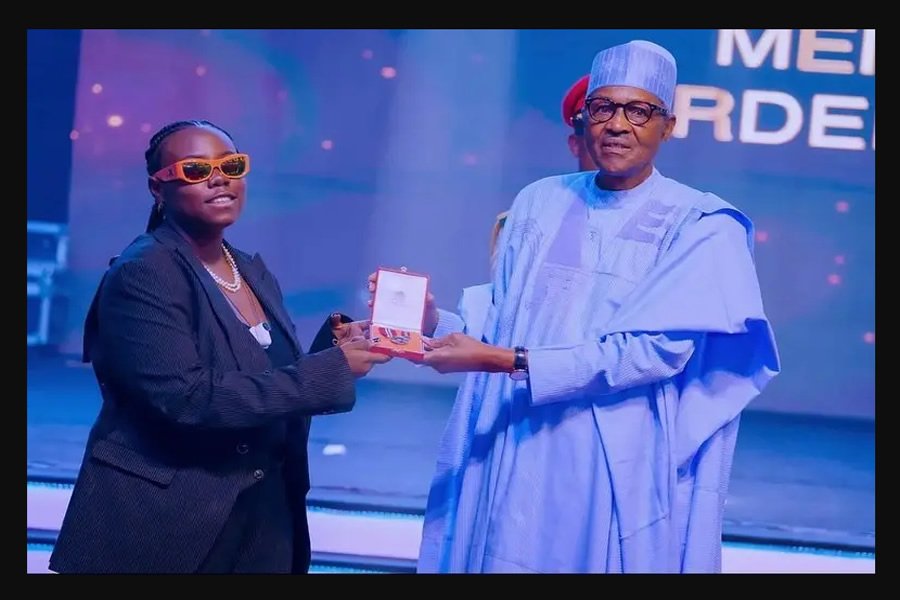 The president on 11th, October 2022 conferred national awards on 447 Nigerian citizens and foreign nationals including kings, former ministers, icons and the senate president in a ceremony held at the Government House Villa in Aso Rock.

Damini Ebunoluwa Ogulu ”Burna Boy” who won the World Album Category at the 2021 Grammy Awards for his album ‘Twice As Tall’ was given the award of Member of the Federal Republic, MFR and the National award was received on behalf of Burna Boy by his father.

Similarly, music legend, Innocent Ujah Idibia, aka 2Face, and superstar singer, Teniola Apata “Teni” got the honour of Member of the Order of the Niger, MON.

President Buhari praised the music stars saying citizens who contribute to national development deserve to be encouraged and appreciated.

He said, “Worthy of mention are our artistes, particularly, our very own Damini Ebunoluwa Ogulu (Burna Boy), who won the Grammy Awards in 2020. He along with other artistes have repositioned the Nigerian entertainment industry and placed it on the global map.”

“At the just concluded Dubai Expo 2020, Nigeria’s pavilion was a beehive of activities as our musicians entertained guests from around the world.” the statement added.