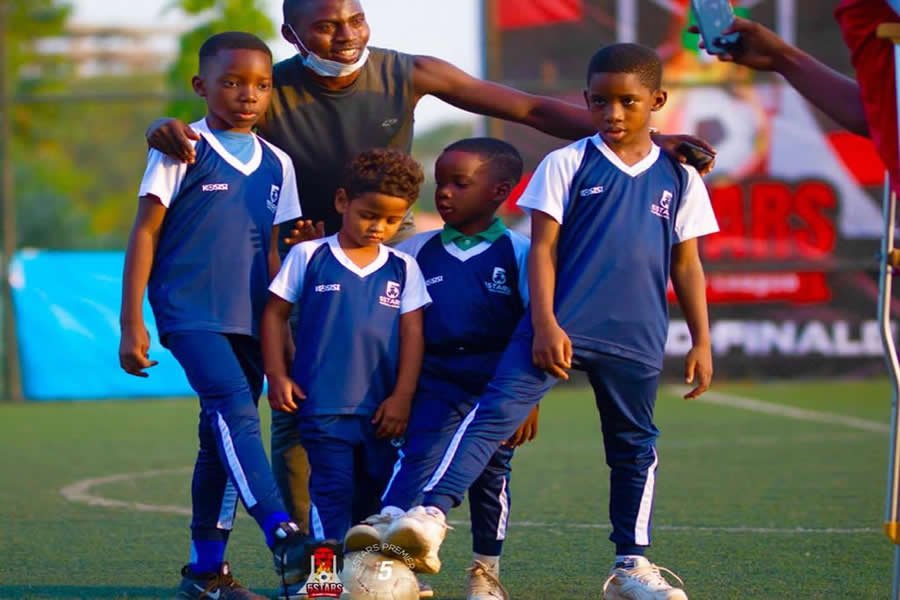 The 5-Stars Football Academy has concluded plans to hold open trials in Abuja, Lagos and Ogun State for talented children within the ages of 5 to 15 and less privileged kids to aid sports development in the country.

Mr Olumide Aturu, the founder of the academy, who disclosed this in a statement issued in Abuja, said the initiative which is being powered by Mr. Korede Dawodu and Ayoola Dawodu, is to assist talented footballers who cannot afford to pay for the academy registration but have special abilities to be admitted into the institution.

He said the first showcase event was held on Saturday at DKings Turf in Wuse Zone, for talented less privileged kids in Abuja. The Lagos and Ogun States shows will hold February 20 and 27, 2021 at Pitch &Court Off Admiralty Lekki, Lagos and Honda Manufacturing Ltd Sports Centre in Sango Ota, Ogun State respectively.

The statement added that, “Nigeria possesses the potential to be a world beater in football but there are economic and infrastructural deficiencies mitigating its development.

“Lack of infrastructure and basic training have played a major role in Nigerian talents not being able to compete at the very top with their European and South American counterparts. It is in this light the 5Stars football academy in partnership with Kiek Foundation are coming on board to bridge that widening gap.”

“The Europeans and South Americans are exposed to basic training and rules of the game at a very young age whereas here in Nigeria, kids are coached by either novices or amateurs who don’t possess the basic coaching training or license.”

“Some of these academy coaches are mostly driven by monetary gains rather than developing the abilities of these kids. In some cases, these children are levied monthly fees without getting its value and the knock on effect sees these kids bouncing off different academies due to financial challenges as many academies don’t have a scholarship package.