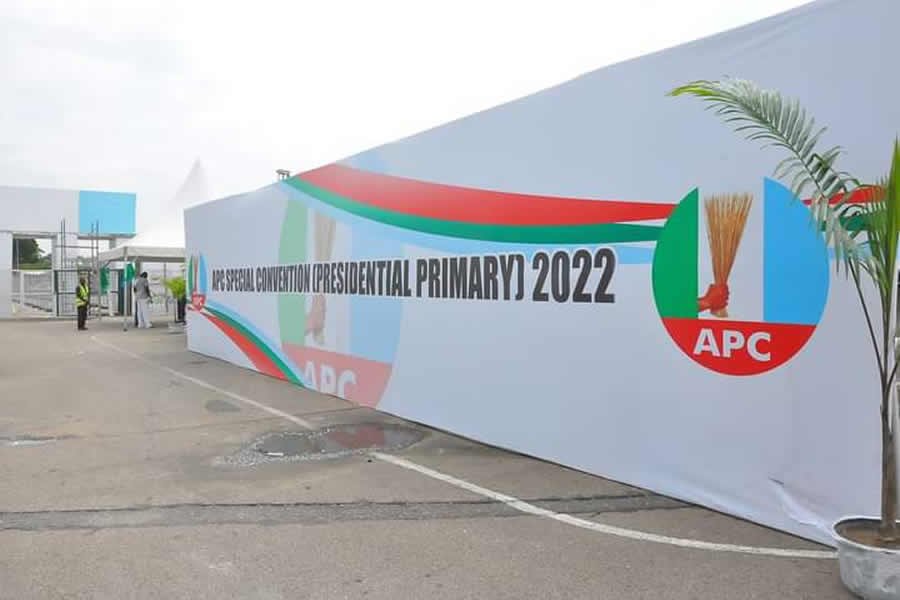 The ad hoc delegates for the presidential primary election of the ruling All Progressives Congress, APC, are all set to elect the party’s flagbearer for the 2023 general elections. The primary election starts today, Monday, June 6th, 2022.

The ruling party sold 28 forms to 28 different aspirants at the rate of N100 million each and 23 of these contestants were screened last week.

Among the 23, 13 of them were said to have passed the screening exercise, according to John Oyegun, Chairman of the party’s presidential screening committee, while 10 others were ‘disqualified’.

However, the National Chairman of the APC, Abdullahi Adamu, countered the Screening Committee’s report, saying that no aspirant was disqualified. He said that all the aspirants would battle it out for the party’s sole presidential ticket.

Three aspirants, namely: the Minister of Labour and Employment, Chris Ngige, Governor of the Central Bank of Nigeria, CBN, Godwin Emefiele and the Minister of Petroleum for State, Timipreye Sylva, did not submit their forms, while former President, Goodluck Jonathan and Akinwumi Adesina did not show up for screening.

The APC has a total of 2,340 delegates who are set to cast their votes for the aspirants.

And from all indications, Bola Ahmed Tinubu, Chibuike Amaechi, Prof. Yemi Osinbajo and Ahmed Lawan are the leading contenders for the party’s ticket.

Meanwhile, the Northern APC Governors had at the weekend asked aspirants from the region to step down and allow their Southern counterparts contest for the primary. The Governors agreed that it was the turn of the South to produce the next President.

They called on President Muhammadu Buhari to pick his successor from the Southern part of the country.

In another development, President Muhammadu Buhari, on his return from the Kingdom of Spain at the weekend, met with all the presidential aspirants of the party, urging them to settle for a consensus candidate. However, it seems that the ruling party’s aspirants are finding it difficult to reach a consensus.

According to the Electoral Act, all the candidates must agree to step down for one of them for a consensus to be reached and if this is not the case, they have to battle it out in the primaries.

The ruling All Progressives Congress has today, tomorrow and Wednesday to decide who bears its flag for the 2023 presidential election.

Alhaji Atiku Abubakar has already emerged the presidential candidate of the main opposition Peoples Democratic Party, PDP, and is keenly watching to know his opponent.

Follow this thread for updates and results of the APC presidential primary election.

A man seeks help to find his wife and two children