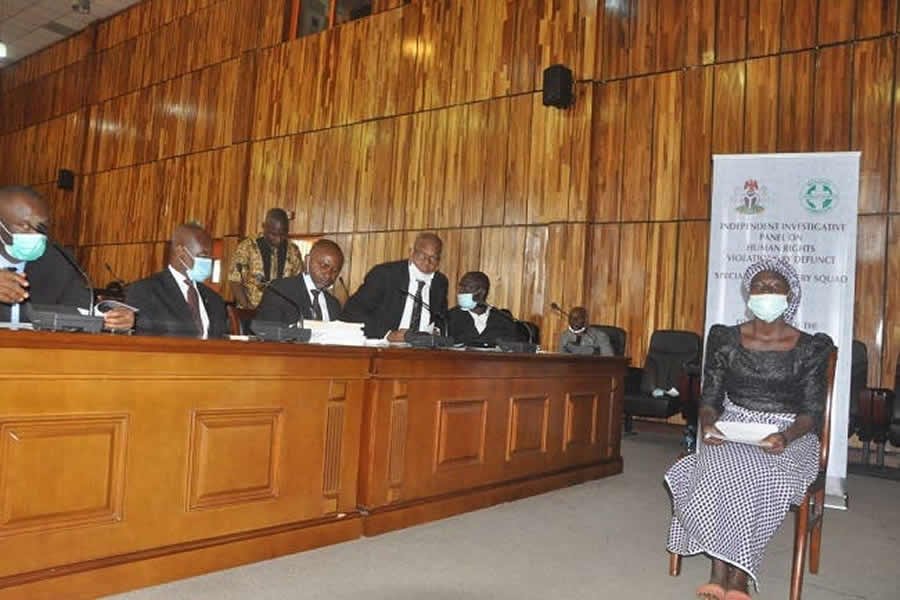 I want my son back, woman tells NHRC panel in Abuja

A woman, Esther Tanko, today in Abuja told the Independent Investigative Panel on the defunct Special Anti-Robbery Squad (SARS) set up by the National Human Rights Commission (NHRC) that she wanted her son to be given back to her by the police.

Tanko stated this while testifying before the panel following a petition she wrote on the forceful adoption of her three-year-old son, Elijah Tanko, allegedly in the police custody.

Narrating that her son was adopted, the petitioner, a resident of Ushafa in Bwari Area Council of the Federal Capital Territory (FCT), informed that sometimes last year when she was taking her son to the clinic for treatment, she met a man and woman she identified simply as Chioma.

According to her, the duo told her they wanted to buy at Ushafa and asked if she knew anyone selling land in the area, adding that she told them she knew someone but she was taking her son to the clinic for treatment.

“They asked me what was the problem and I told them he has a convulsion. They now said the English (orthodox) medicine cannot treat convulsion and that they knew someone who later gave her medicine to treat the convulsion. They then hypnotised and us to Dutse Alhaji, where my son was taken away from me.

“When I realised what was going on, I asked of the whereabouts of my son. Chioma told me they had buried him,” she said.

Tanko further said the matter was reported to the chairman of Bwari Area Council who took her to the FCT Minister.

She further said that she saw her child with three other children who were said to be lost and found and that anyone who knew them should come forward to identify them.

The petitioner said she went to the Inspector-General of Police Intelligence Response Team’s office at Abattoir in Abuja to identify her child among the children and she saw him there.

“I saw my child on the internet and asked to come and identify the children. There were three others with my son.

“We went to Abba Kyari’s office at the Abattoir with a policeman from Bwari, a driver and my elder son, Samuel. They showed me different pictures of my son and identified him. It happened in December 2019.

“They brought the boy and asked him if he knew me and he recognised me, his father and elder brother. But they said they would not allow me to take him home that day,” the woman, who is in her 30s told the panel.

The petitioner informed that she had gone several times to the IGP IRT office but the police refused to release her child to her.

She informed that there was a twist to it later when two other women, from Enugu and Aba, showed up to lay claim to the boy.

According to her, it was at that point that the police said a DNA test would be conducted to know the real mother of the three-year-old boy, adding that DCP Abba Kyari paid for her “since he knows that I am indigene.”

The DNA test, she informed, was conducted, adding that the investigating police officer (IPO), she identified as Desmond, told them they would be called in a month’s time when the result came out.

“About two months after, my pastor called Desmond and asked of the result but he told him that the doctor is confused and that they wanted to go to Lagos.

“We went to Brerekete (a programme on Human Rights Radio in Abuja) and Desmond told them that eight other women have come out to claim my son,” she said.

Tanko informed that the IPO told they about two weeks ago when they went to the FCT Police Command that her son was with an orphanage now, adding that he disclosed that the DNA test result was out and that the police were still investigating the case.

After listening to her narration, police counsel, James Idachaba, asked for an adjournment to enable the legal team to contact the said IPO.

According to him, “it is appropriate to know the true position of things from the Desmond.”

Chairman of the investigative panel, Justice Suleiman Galadima, then adjourned the case till November 30 for the petitioner to bring her witnesses.