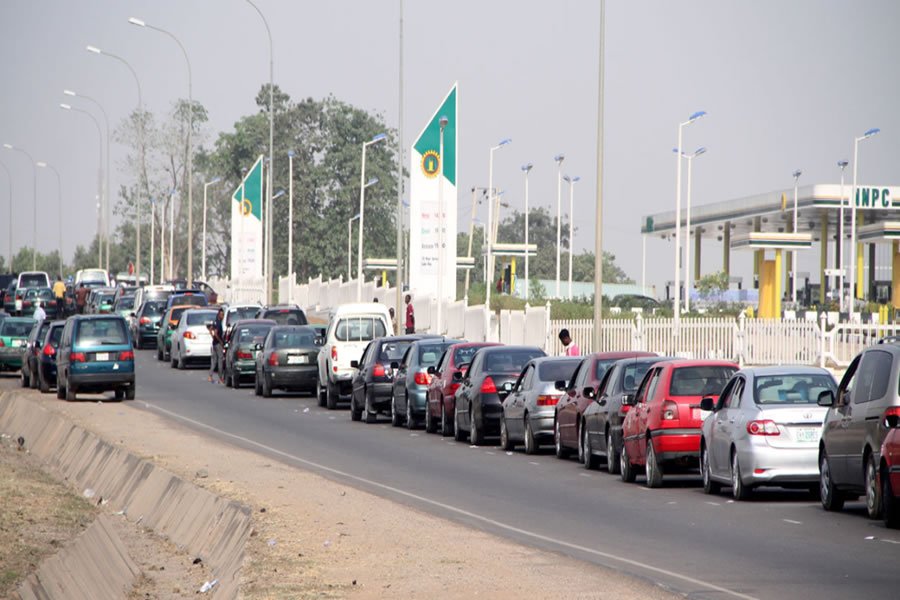 Motorists and commuters in the Federal Capital Territory, FCT, have lamented the renewed fuel scarcity across the capital city.

Our correspondent observed that fuel scarcity has led to the return of long queues in filling stations across Abuja.

The situation has left a lot of passengers stranded due to the lack of vehicles to ferry them to their various locations.

Our correspondent gathered that the renewed fuel scarcity in Abuja is due to the gridlock along the Lokoja-Abuja road in Kogi State.

A taxi driver, Musa Sani, who spoke with DAILY POST on Thursday morning, blamed the gridlock along the road for the resumed fuel scarcity in the capital territory.

Sani said: “The flood along the Abuja-Lokoja road is responsible for the fuel scarcity in Abuja; the trucks carrying fuel have been held in gridlock for days. Filling stations did not increase the price of fuel, but you can’t get the product in filling stations in Abuja.”

Our correspondent had reported that thousands of commuters and travellers were held up in the gridlock, which was caused by flooding on the Murtala Muhammadu Bridge in Jamata Community of the Koton Karfi area of Lokoja.

The flood had over-shadowed the Lokoja-Abuja highway, causing the gridlock since Monday.

Many vehicles trapped as flood takes over Abuja-Lokoja highway

As TCN plans to raise Abuja transmission network by 624MW

5 businesses you can start with little or no cash