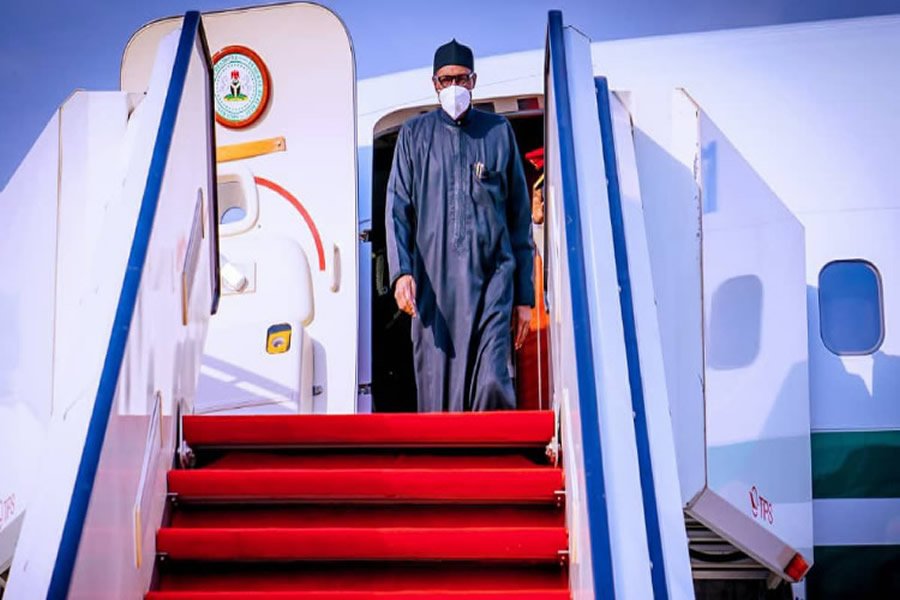 Buhari returns to Abuja from London

The President, Major General Muhammadu Buhari (retd.), has on Sunday returned to Abuja from London after a routine two-week medical check-up.

Buhari’s jet landed at the Presidential Wing of the Nnamdi Azikiwe International Airport, Abuja, a few minutes ago.

Buhari left for London on October 31, 2022, after attending a security council meeting and a Conference and Retreat for Senior Police Officers in Owerri, Imo State.

According to a tweet by the President’s Special Adviser on Media and Publicity, Femi Adesina, Buhari was expected back in the country in the “second week of November.”

The trip was one of the several medical trips the President had embarked on since assuming office in 2015; spending at least 212 days abroad.

On February 5, 2016, eight months after being sworn in, the President took his first medical trip to London, the United Kingdom, spending six days between February 5 and 10.

He spent 10 days treating an ear infection after which he rested for three extra days before returning on June 19, 2016.

On January 19, 2017, the President embarked on his second-longest medical trip. Before leaving, however, he wrote to the Saraki-led Senate revealing his plan to travel to London on a 10-day vacation.

In the letter, Buhari said he would hand over to his Vice, Professor Yemi Osinbajo. Though the medical holiday was due to commence on January 23, 2017, Buhari left Abuja the same day.

In May of the same year, barely two months after his last trip, the president departed for London for his longest medical pilgrimage lasting 104 days.