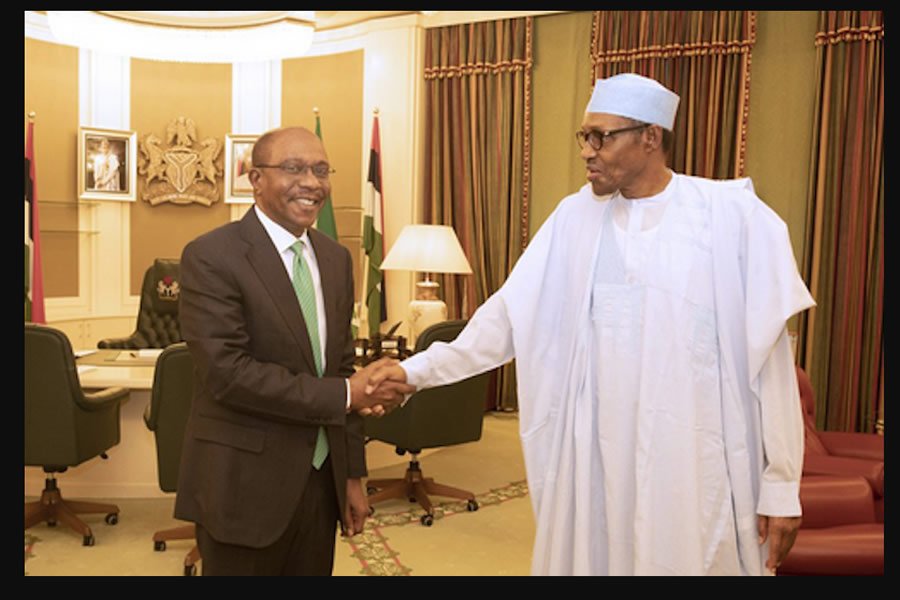 President Muhammadu Buhari on Thursday met with the Central Bank of Nigeria (CBN) Governor, Godwin Emefiele at the State House in Abuja.

This is the CBN governor’s first public outing since he left the country on his annual vacation.

Emefiele, who is currently in the eye of the storm following investigations of allegations of corruption and terrorism financing against him, was part of a delegation of the Arab Bank for Economic Development led by its Director General, Sidi Ould Tah.

President Buhari received him saying, “You are welcome back” in spite of speculation of him facing arrest by the Department of State Services (DSS).

Emefiele, however, did not speak with journalists after the meeting.

It would be recalled that the DSS had approached the Federal High Court in Abuja seeking an order to arrest him over alleged acts of financing terrorism, fraudulent activities and economic crimes of national security dimension.

Over 600 inmates escape from Kuje prison