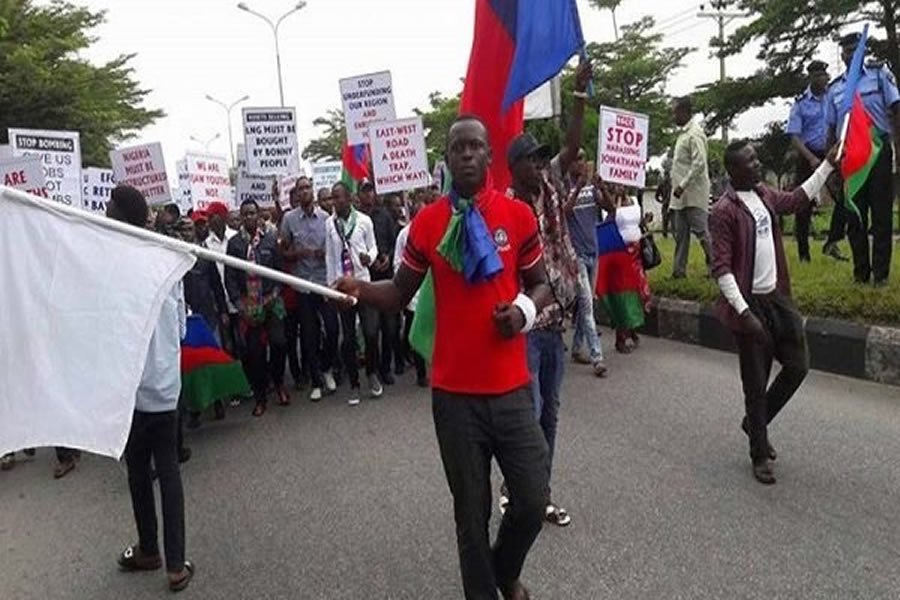 A group of agitators, the Niger Delta Peace Volunteers (NDPV), has threatened to shut down the Nnamdi Azikiwe International Airport, Abuja and the Nigerian National Petroleum Corporation (NNPC) over failure to inaugurate the substantive board of the Niger Delta Development Commission (NDDC).

The NDPV in a statement on Thursday by its Group Secretary, Mr. Alaska Jogodo, claimed that the Federal Government had up to March 31, 2021 to constitute the board or they would carry out their threat.

The group frowned at the disposition of the Minister of the Niger Delta Affairs, Senator Godswill Akpabio, towards the constitution of the substantive board of the commission.

The NDPV alleged that issues of the Niger Delta were deteriorating by the day and they could no longer fold their arms and allow the minister’s illegal status quo take centrestage in the NDDC.

It expressed concern over the alleged continuous neglect by the Federal Government to listen to the pleas of several organisations in the region.

The NDPV said: “We shall begin to escalate things to the point of disrupting institutions in the country to express our worries and anger.

“If by the end of this month, nothing is done to inaugurate the legally approved board, we shall mobilise to shut down the Abuja airport and the activities of the NNPC to express our grievances over the sorry state of affairs in the NDDC characterised by one-man show.

See also  US, Nigeria meet over security processes in Abuja

“We shall liaise with groups such as the Ijaw Youth Council (IYC) and other stakeholders to mobilise against the injustice in the region.

“It is not possible for one man to cook the meal that can satisfy the entire region. We shall together chase out illegality in the commission even if we have to occupy airports and shut down every oil activities. We shall mobilize.”