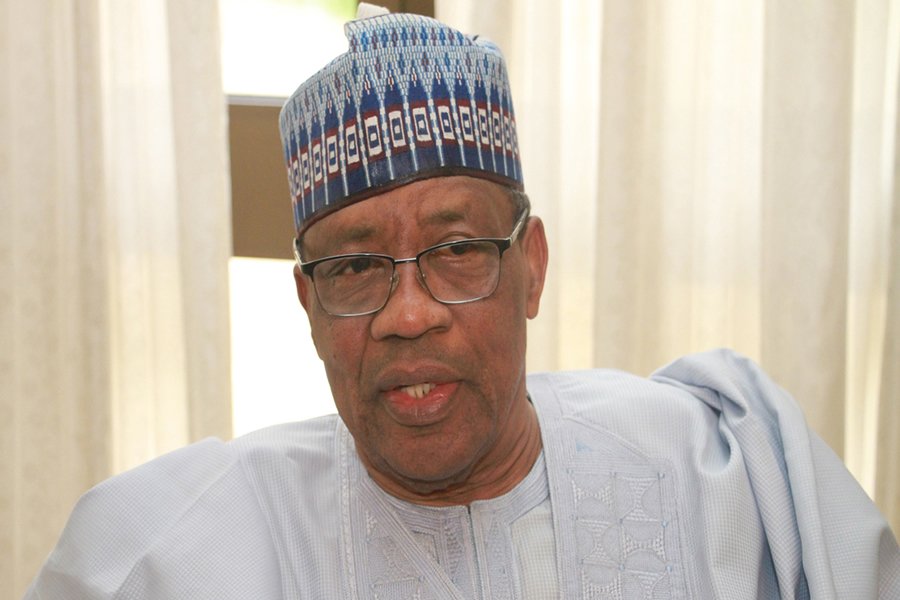 I would like to celebrate the other birthday of our capital, Abuja with a call on the next administration to “bring back our capital” some cynics are bound to call their capital, at this time.  It isn’t difficult to de-market Abuja at this time as the 20th capital of the North. And the reasons aren’t too far to seek: our successive political leaders have carelessly run “the capital of the federation” as if it were of the states of the North. Let’s brush aside the details for now. But let’s use the anniversary of the capital relocation – December 12, 1991 that won’t be marked again tomorrow as an opportunity to remind Nigeria’s next President that there is an urgent need to restore the capital to its organic self as part of nation-building blocks.

It is indeed a time to #Bring Back Our Capital – before it is too late. This isn’t another reading from the book of lamentation on Abuja. It is a time of celebration of one of the enduring legacies of the military’s adventures in politics in Nigeria – building a brand new capital from scratch. Before the original inhabitants remember again that there have been inconclusive compensation and resettlement issues too, let’s celebrate and toast to the epic capital relocation at 31. Let’s recall that I have always drawn the attention of the nation to the fact that Abuja has two distinctive birthdays that we hardly celebrate:  #February 3, 1976 and #December 12, 1991. In a broadcast to the nation on February 1976, the then Head of State, General Murtala Ramat Muhammed proclaimed Abuja as Nigeria’s new capital. And then on December 12, 1991, the then Head of State and self-styled military president Ibrahim Badamasi Babangida actualised the capital relocation from Lagos to Abuja. That event will be exactly 31 years old tomorrow December 12, 2022 (1991-2022).

It is always curious that the authorities in Abuja including the presidency always forget to mark the two Abuja’s birthdays. They always forget February 3 and December 12. Doubtless, they will forget again tomorrow. They always forget February 3, (1976) as the most important birthday of the nation’s capital, Abuja. It is the Founders’ Day they always forget. As I have always noted here, although the military powers that created Abuja are still wielding power, they too often forget their most important achievement while in unconstitutional power between 1966 and 1999. They forgot again last February 3 that the nation’s capital clocked 46 that day. No fanfare. No one popped champagne. No colloquium. Not even a statement from the presidency and the FCT authorities including the Federal Capital Development Authority (FCDA) Abuja’s oldest physical development agency.

Curiously, the civilian powers that have been nurturing democracy from Abuja since 1999 too always forget Abuja’s birthdays. The governor and deputy governor of Abuja (the president and vice president) according to the 1999 constitution as amended, always forget that their original 37th state and capital of the federation has clocked 46 years and the capital-relocation landmark will be 31 years old on December 12. Former military president, General Ibrahim Badamasi Babangida who physically moved Nigeria’s capital from Lagos to Abuja exactly 31 years ago may have forgotten too how the then FCT Minister, Major-General Gado Nasko gave him the key to the capital city in an early morning impressive ceremony at the City Gate on Thursday, December 12, 1991. Mr. Bisi Olatinlo, then of the FRCN (who speaks Igbo, Hausa and Yoruba fluently) was the main attraction as master of ceremony. Painfully enough, all the former presidents and FCT ministers except former President Olusegun Obasanjo and Malam Nasir Ahmad el-Rufai, have always forgotten to mark Abuja’s birthdays.

As I was saying, only President Obasanjo and Malam el-Rufai as FCT Minister marked the birthday when Abuja clocked 30 in 2006 with a month-long grand programme that was rounded off with awards to deserved contributors to the growth and development of the nation’s capital since its birth. Yours sincerely was one of the recipients of the awards.  Curiously, even when the capital was to mark its 40th birthday on February 3, 2016, no one remembered except yours sincerely who lamented in a back page article titled, “Forty hearty cheers! But who is saluting Abuja @ 40?,” which appeared on Wednesday, February 3, 2016. Yes, no one cared about the nation’s capital even when states that marked their 40th birthday then celebrated theirs. In other words, states were also created on the day Abuja too was born.  Abuja has been an orphan of some sort perhaps because of total absence of democracy in its governance processes.

Here is the unreported trouble with Abuja: All the 36 states’ governors are elected but the “militicians” who gave us this constitution made Abuja just a part of the office of the president, no thanks to Section 299-304 of the 1999 constitution as amended. Even the original inhabitants of Abuja who have been agonising without organising well about unfulfilled promises since 1976, did not remember Abuja @ 40 and I said so here too on February 3, 2020. Then I had noted: It should be 40 happy cheers to the people and government of Nigeria today (February 3, 2016). Strangely, again as I have always read from the book of lamentation about this tragic amnesia every year, all the authorities in Abuja from the presidency through the Federal Capital Development Authority (FCDA) to the Federal Capital Territory Administration (FCTA) headed by a minister, seemed unaware of the events that should have been organised to mark the historic birthday of Nigeria’s capital.

Even the association of the original inhabitants has failed or forgotten to mark the unfortunate grabbing of their native land 46 years ago. There have been rumblings that the original inhabitants have protested alleged grab of their land to the United Nations. They too have always missed a historic opportunity to draw national attention to the resettlement and settlement the Murtala-Obasanjo administration promised them since 1976.

It has always been a mystery of some sort that both the Presidency and the Federal Capital Territory Administration (FCTA) have always forgotten these dates with history (every year). Even when the big men in Abuja celebrated the Centenary in 2014, nobody remembered Abuja as one of the monuments the government of Nigeria had created within the construct of the centenary.

As I have always pointed out, the 1999 Constitution as amended unequivocally makes the President the Governor of the nation’s capital (Section 301). Section 302, however, authorises the President to delegate his gubernatorial powers over Abuja to a minister if he so wishes. So, there is a sense in which the office of the President can celebrate Abuja’s birthday. In the same vein, he (the President) can delegate the power to celebrate Abuja to any minister that seems to be sleeping on duty whenever the bell tolls on December 12, and February 3, every year. But since 2006, neither the presidency nor the FCTA has remembered to mark Abuja’s birthdays in a befitting manner. They all always forget that there was a leader that had a dream that they can’t run with at the moment. They always forget that it is important to mark such dates with seminars and even international summits on how to cope with contemporary issues such as urban renewal and livable cities.

Instructively, on Sunday, January 10, 2021 on this page, I drew attention to the fact that since May 2019 almost three years into the second term of President Buhari the cabinet of the FCT Minister hadn’t been formed. That article titled, “Buhari and FCT Minister’s Missing Memo” had another follow-up before the minister swore in his cabinet of ‘Mandate Secretaries’ on November 30, 2021, about three years behind schedule in a four-year term.

In the same vein, on Sunday, October 16, 2022 here I also drew the attention of the nation to another incredible development about Abuja in another article titled, ‘Who delayed Abuja’s 2022 budget till October?’ Incredibly as it may still sound, the Abuja Government’s budget of N607.9 billion for 2022 was passed by the Senate only on November 30, 2022. There has been no report of harmonisation by the House let alone president’s assent to the appropriation bill. And as usual, no one is asking any questions on the failure of all authorities in and on Abuja. How can the 2022 budget be passed in November of the fiscal year? The deliverable from these anomalies about Abuja is that those who are amending our constitution should note that Sections 229-304 of the Constitution should be amended to create the office of the Mayor of Abuja and the chief executive, the Mayor of Abuja shall be elected to ensure accountability to the people of Nigeria and not the president. It took the current FCT Minister almost three years to form a government and fill some critical vacancies because he was waiting for the president’s approval? That same Minister has to wait for the President and National Assembly to pass a budget of 2022 when most state governors have passed their budget for 2023. What happened to the Minister of Federal Capital Territory (FCT)?

These are the questions we need to reflect on as we mark the 31st anniversary of the relocation of Nigeria’s capital from Lagos to Abuja tomorrow Monday, December 12, 2022. And here is the thing, we need to remember that the capital of the Federation deserves some vibrancy and federal character too in the governance process. In the main, democratisation of FCT governance is the answer, after all. 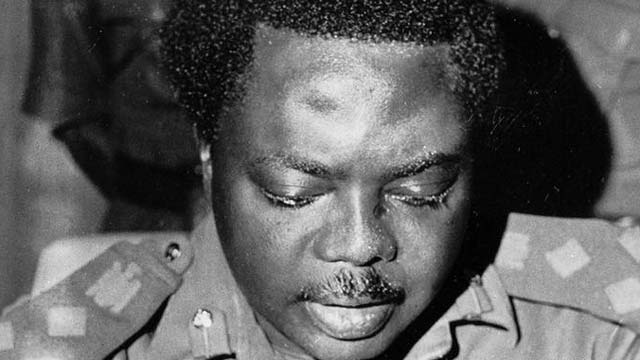 And Murtala’s Unfulfilled Promises To Lagos…
As I always remind all of us, of all the failings exhibited about Nigeria’s capital, the most telling are unfulfilled promises made to Lagos, which was proposed by General Murtala Muhammed in 1976 as “Economic Capital of the Federation.”

In his broadcast to the nation on 3rd February, 1976, Murtala promised that Lagos would not only be designated a “Special Area,” it would be Nigeria’s commercial capital and the deal would be incorporated into the 1979 Constitution then in the works. His words:

“…Lagos will, in the foreseeable future, remain the nation’s commercial capital and one of its nerve centres. But in terms of servicing the present infrastructure alone, the committed amount of money and effort required will be such that Lagos State will not be ready to cope. It will even be unfair to expect the state to bear this heavy burden on its own. It is, therefore, necessary for the Federal Government to continue to sustain the substantial investment in the area. The port facilities and other economic activities in the Lagos area have to be expanded. There is need in the circumstance for the Federal Government to maintain a special defence and security arrangement in Lagos, which will henceforth be designated a SPECIAL AREA. These arrangements will be carefully worked out and written into the constitution. Kaduna and Port-Harcourt are to be accorded similar status and designated special areas under the constitution…”

This is one remarkable promise to Lagos that no government since February 14, 1976 has fulfilled. The General made the promise on February 3, and he was assassinated on February 13, 1976.