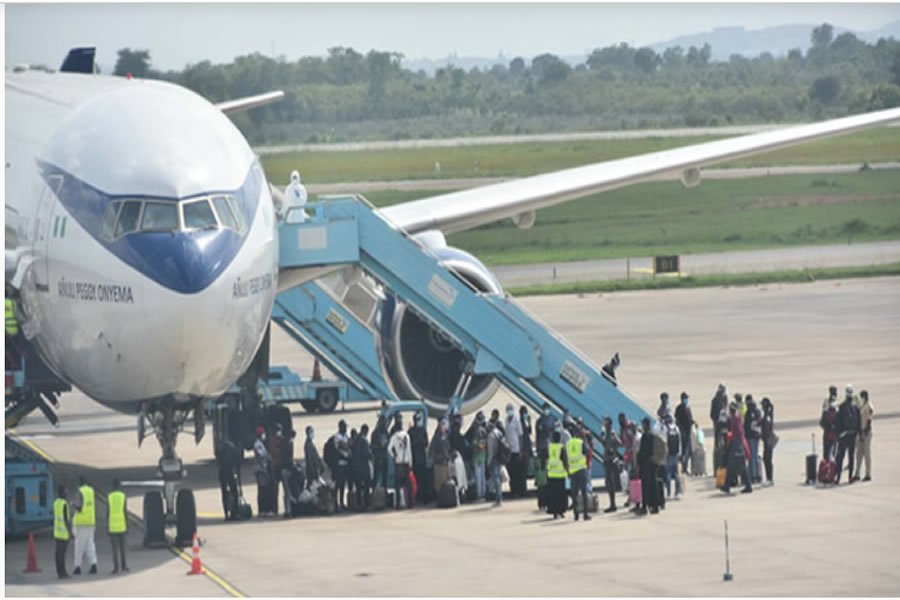 The evacuees landed at exactly 2:30 pm on Saturday.

Disclosing this in a tweet, the Chairman, Nigerians in Diaspora Commission, Abike Dabiri-Erewa, said the returnees would be proceeding on compulsory 14 days quarantine as stipulated by the Nigeria Centre for Disease Control.

Some of the nationals had faced racial discrimination from provincial officials in Guangzhou, China.

They were reportedly evicted from their apartments and hotels following their alleged refusal to go for the mandatory quarantine imposed by the Guangdong Provincial authorities sequel to the outbreak of coronavirus in Guangzhou.

Some Nigerians sent a video of a woman with two children who were staying on the streets.

In the footage, the unidentified woman was feeding her infant daughter as the older second child slept in a baby walker. She was allegedly evicted from her apartment.

But the Chinese authorities said they subsequently provided free hotel accommodation for 207 Nigerians.

The government said the beneficiaries included Nigerians who were evicted from their hotels and apartments by officials in the wake of the compulsory quarantine and testing of foreigners for coronavirus by the Guangzhou municipal authorities.

Explosion at a restaurant in Abuja leaves 11 people badly burnt